The paper investigates the first occurrences of the term 'phenomenology' in the United States, and sketches the history of its progressive resemantization. The temporal frame 1939-1962 refers to the foundation of two main American phenomenological societies: The International Phenomenological Society (IPS) and the Society for Phenomenology and Existential Philosophy (SPEP). As a result the paper describes the shift of meanings of the word 'phenomenology': Originally the term simply meant 'Husserlian philosophy', but in the turn of a few decades it ended up to denote a plurality of different meanings, which were not always mutually compatible. Elements of historical reconstruction (the early institutional phases, the relationship between American and European phenomenologists, the 'existential' turning-point of the Sixties, etc.) are provided as well as elements of theoretical analysis. The main thesis is that the early-history of phenomenology in the US provides us with a better understanding of the reasons that support the analytic-continental distinction and, at the same time, of the unbearable tension of such a distinction. 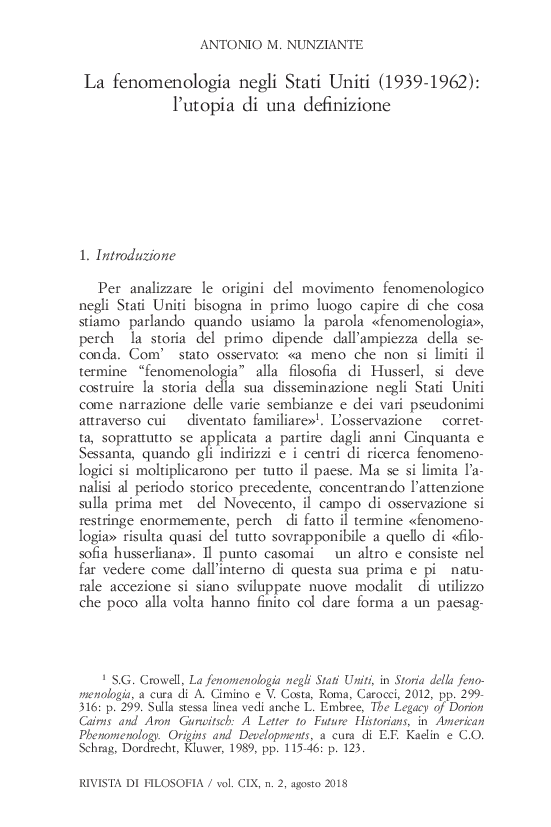