The paper deals with Carl Schmitt's philosophy of original language. Even though this topic has been neglected in the international scientific debate, I try to show why Schmitt's analysis of original language is crucial in order to understand his spatial thought. In the first two sections, I provide a brief reconstruction of the biographical and theoretical relationship between Martin Heidegger and Carl Schmitt. In sections 3-4-5 I analyse extensively a few texts (i.e. "Der Nomos der Erde", "Raum und Rom", "Nomos" - "Nahme" - "Name"). In all these writings, Schmitt provides an impressive linguistic and phonological analysis which concerns the following words: 'Nomos', 'Raum', 'Meer', 'Spatium', namely the crucial notions of his spatial thought. Therefore, I propose a new interpretation of Schmitt's latest works, and I argue that, in his philosophy, spatial thought and language analysis are strongly connected. In the conclusions, I summarize the results of the paper and I sketch possible new lines of research. 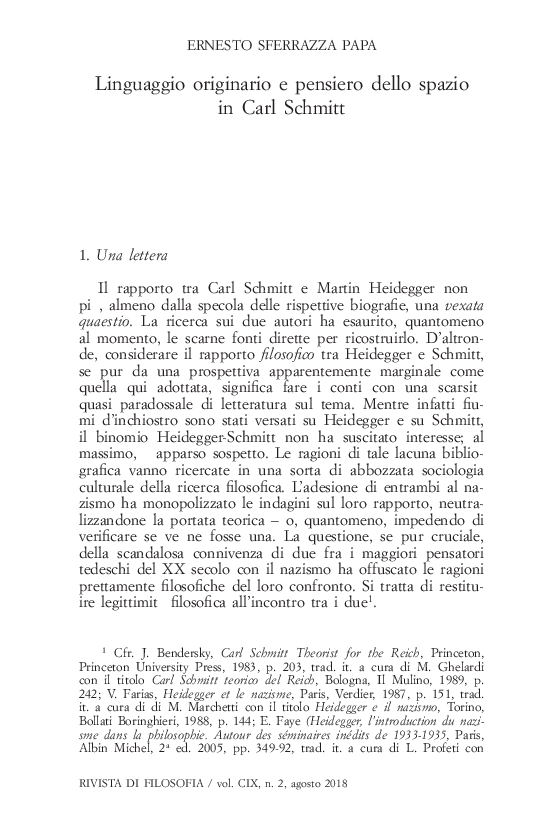