The paper deals with Kant's activity during the kingdom of the reactionary Frederic William II, 1786-1797. In a state of deep anguish Kant put forward the doctrine of the «postulates of practical reason» - immortality of the soul and existence of God - which were still absent in his "Groundwork of the metaphysics of morals" (1785). However this doctrine, leading to the «primacy of practical reason», which was advanced in his "Critique of practical reason" (1788), lasted four or five years only. In the essay "On the miscarriage of all philosophical trials in theodicy" (1791) Kant dismissed the immortality postulate, without which the other postulate became ineffective. Then, "The religion within the boundaries of mere reason", far from being a compromise, did not concede anything to Christianity as an ensemble of allegedly revealed dogmas: Hence the threatening royal rescript issued in 1794. Kant's inevitable submission did not imply that his battle was over. Eventually, even the postulate concerning the existence of God was abandoned, and God became, in Kant's published writing (before the "Opus postumum"), a mere theoretical entity. 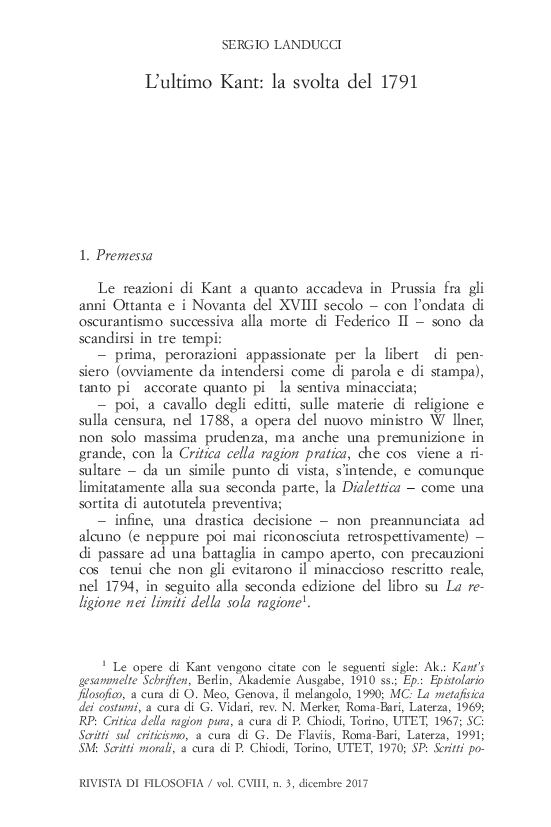