In the first part of the paper, I describe the variety of methods in current philosophy of physics, from highly technical contributions to the internal progress of physics and, last, conceptual analyses concerning the metaphysical intimations of the 20th-century's major revolutionary theories. The former, more technical approach, runs the risk of losing genuine philosophical content; the latter approach might jeopardize the relevance of the philosophy of physics for physics, thereby widening the already existing gap between physicists and philosophers. By claiming that a pursuit of an historical- critical approach is the best way to remedy this situation, in the second part of the paper I illustrate the main changes in the philosophy of time that have taken place from Newton to general theory of relativity. 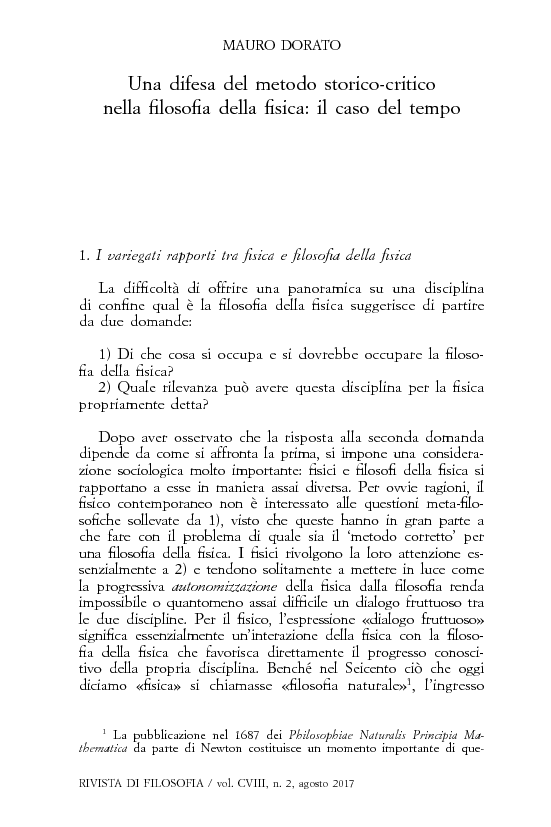