This paper aims at addressing some problems involving the nature of conditional sentences. The general outlines of a new theory (whose formalism has been spelled out by the author elsewhere in a pretty technical manner) are discussed here and exposed from a philosophical point of view, trying to avoid as far as possible all technicalities. In this paper it is argued that the logic of conditionals is throughout epistemic, so that it is relative to a deductively closed stock K of bivalent sentences whose truth is taken for granted. Originally, the new formalism was meant to deal only with indicative conditionals. In the present paper, thanks to the epistemic characterization of conditionals, a further generalization is introduced: it allows a unified treatment of both indicative and counterfactuals conditionals in a single framework, without any limitation in compositionality. It is argued that counterfactual conditionals are relative to a counterfactual stock K´, obtained by contracting K in such a way that, ceteris paribus, the antecedent is dropped. It is stressed that the new theory (a) is able to satisfy, in a general way and without contradicting the so-called "Lewis's Triviality Results", the equation by which the probability of a conditional of the form «if A then C» is equal to the probability of C given A, (b) allows the definition of a new semantic (i.e. based on truth-conditions) notion of logical consequence. This new notion generalizes the classical relation of logical consequence and encompasses as well as extends the so-called "Adams's p-entailment" to compounds of conditionals. These results challenge the popular view according to which conditionals intrinsically lack truth conditions, and their probability is nothing more than a «degree of assertability». Another remarkable tenet of this article is that counterfactuals that are not epistemically necessary, are contingent, meaning that they are true at certain worlds and false at other worlds, while they are neither true nor false at the actual world. In spite of this, they may be probabilistically relevant for the actual world, in the sense that analogical or inductive probabilistic inferences about the actual world may be reasonably drawn on the basis of the high probability of contingent counterfactuals. 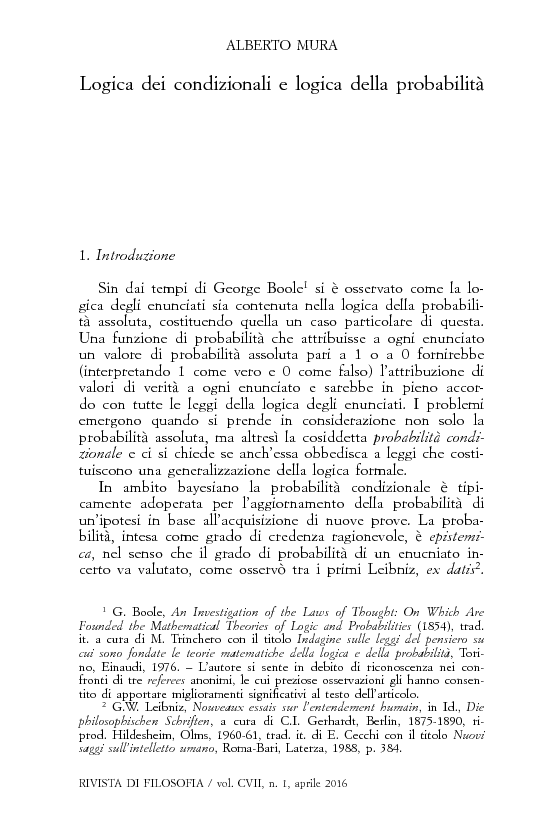