Immanuel Kant's philosophy is greatly influenced by the thought of Thomas Hobbes and Jean-Jacques Rousseau. From Hobbes he derived the notion that it is necessary to exit the state of nature and to establish a form of incoercible sovereign power. Kant does not share, however, Hobbes' utilitarian rationale. On the contrary, his criteria are exclusively juridical. In this regard, Kant's thought is close, instead, to Rousseau's conception of sovereignty, founded upon the participation of the people, inasmuch as it results from the concept of general will. Yet, the perils associated with a pos¬sible subversive interpretation of the notion of general will lead Kant to grant this concept, and the social contract upon which it is based, a purely normative and ideal value, so as to preserve in full the principle concerning the denial of the right to resistance. Kant's conception of sovereignty hence oscillates between a stance which advocates the exclusive role of the people's will in the definition of power, and one which, instead, suggests that sovereignty be associated only with the actual exercise of political power. This uncertainty in perspective is evident with regard to the notion of representation, which oscillates between a parliamentary conception in which citizens are represented by their deputies, and the Hobbesian notion according to which the sovereign represents his subjects since he forces them into unity. 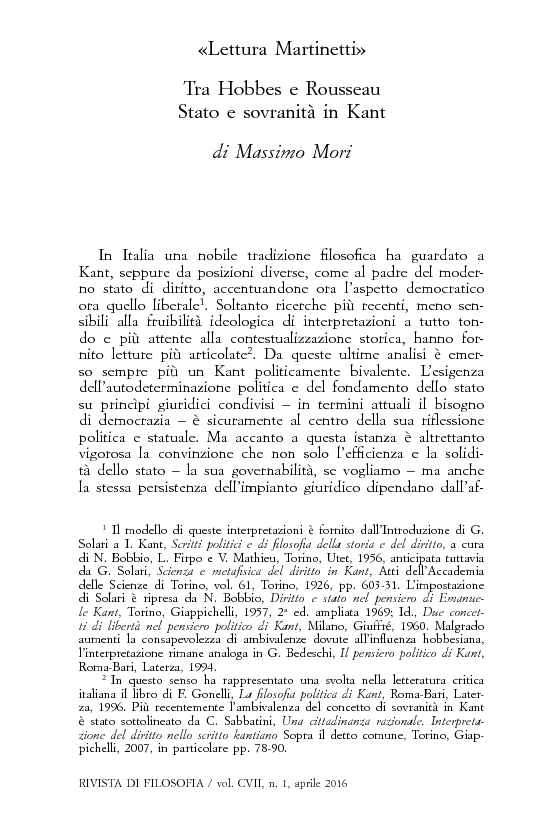