Cremaschi's book "Utilitarianism and Malthus's Virtue Ethics" reconstructs Malthus's meta-ethics, his normative ethics and his applied ethics. It shows that, far from being a utilitarian, he was a theological consequentialist. His population theory was part of a moral philosophy, and his approach to political economy resulted from his overall system of ideas, a not-too-original systematisation of claims that had been advanced and elaborated by orthodox, non-Calvinist members of the Anglican clergy. A confirmation of Cremaschi's thesis that Malthus must be seen as first and foremost a moralist is provided by Darwin's finding in the "Essay on Population" an analogy between the moral consequences Malthus drew from his principle of population and the biological consequences of population pressure. Expanding on Cremaschi's reconstruction of Malthus's intellectual and social context, it can be argued that the ideological framework within which Malthus's work must be set was so pervasive that it was shared by some of its adversaries. It was possible to challenge him on his very terrain and turn him upside-down, by arguing that the wisdom of nature (or God) had provided the natural means by which a spontaneous and self-regulating equilibrium between population and the means of subsistence was ensured. 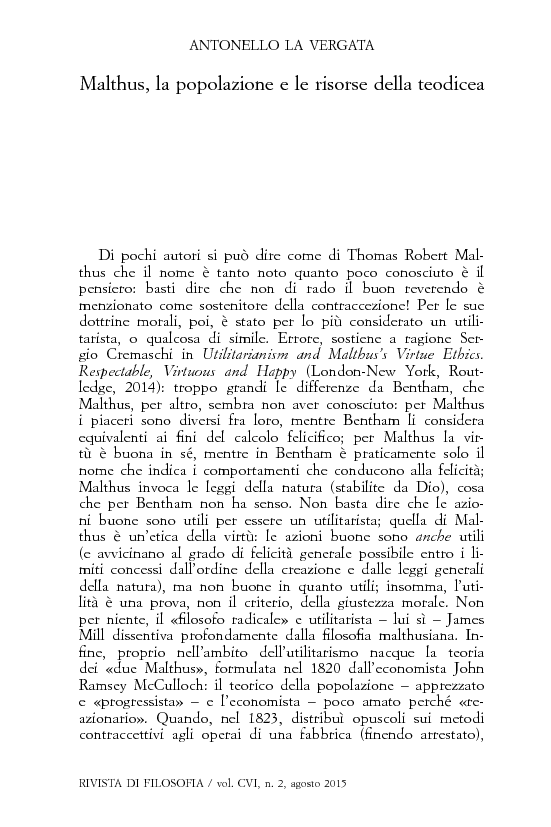