William James was welcomed in Vienna with much more interest and sympathy than in Germany. Ernst Mach knew James' work fairly well and they corresponded for many years. Thanks to the German translation of "Pragmatism" provided by Wilhelm Jerusalem, James' work was read and appreciated within the «First Vienna Circle» during the first decade of the twentieth century. Philipp Frank, Hans Hahn, and Otto Neurath started a pragmatist tendency which will emerge more and more during the further development of Logical Empiricism, and that would eventually show a convergence with James's conception of truth, method of knowledge and, more generally, with his philosophy of science. This paper aims at showing, in particular, that some aspects of James's pragmatism were in agreement with Neurath's own conception of truth and scientific knowledge. Once arrived at the Vienna Station - thanks to the trip he got as a present from Jerusalem - James would have gladly sailed on Neurath's boat. 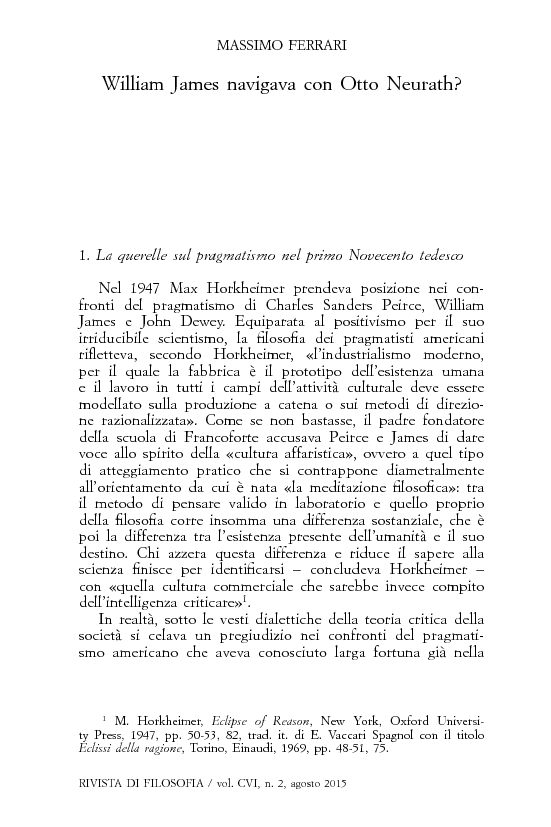