Paolo Rossi took the degree in philosophy in 1946, at the University of Florence, with a dissertation written under the direction of Eugenio Garin. But he completed his intellectual education in Milan, where he was called by Antonio Banfi. At that time Milan was an important centre of discussion on the new philosophical perspectives, mostly imported from the English-speaking countries, and particularly concerning pragmatism, logical positivism, the philosophy of science, but also Marxism in its non-orthodox versions. In Milan (and in Pavia) taught many young scholars - all belonging to the school of Banfi - as Giulio Preti, Enzo Paci, Remo Cantoni; Paolo Rossi came near to them. In the 50s he also attended the meetings of the «New Enlightenment» group («Neoilluminismo»), which was led by Nicola Abbagnano, and had a very closed friendship with Pietro Rossi and Carlo Augusto Viano. These intellectual experiences are the basis of the critical evaluation of the idealistic history of philosophy developed by Paolo Rossi, and the starting point of his historiographical work, beginning with the book on Francis Bacon (1958). 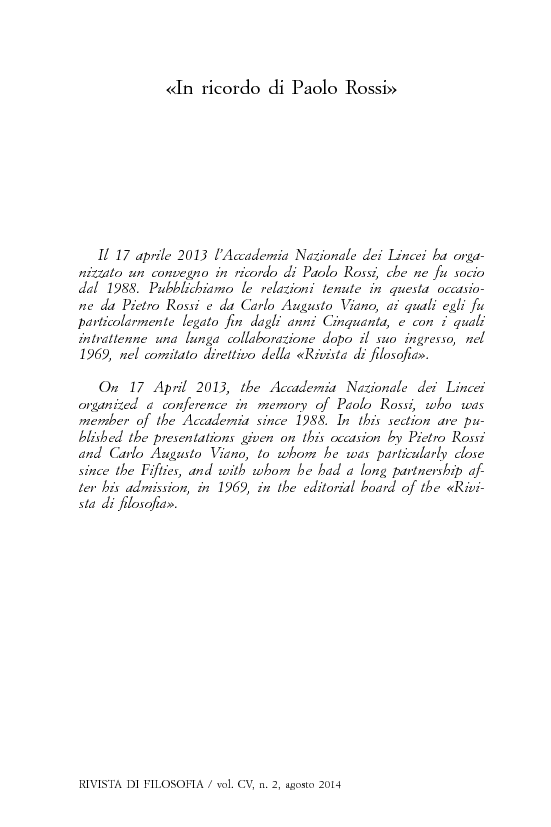