After some examples of the "tree-like reading" of the "Tractatus", the paper shows, on the other side, the most evident contradictions of the traditional approach. The misunderstandings implied by the sequential reading include an absurd interpretation of the draft of the visual field (5.6331) and even its wrong editing. Besides, Wittgenstein's manuscript suggests that every further level of remarks is syntactically equivalent to a parenthesis, i.e. to a digression which "must not" interfere with the upper line of thought. The sequential reading, which does not care of the "parentheses", implies a true syntactical mistake. The "New Wittgensteinians" seem to make both errors: they consider the "Tractatus" an ascending itinerary, stage by stage, until a final catharsis, and they don't see the logical jumps between different levels of exposition. Diamond's "frame" is incompatible with Wittgenstein's book structure; it is composed by two propositions which don't belong to the same path and which, "in a row", are not with sense. 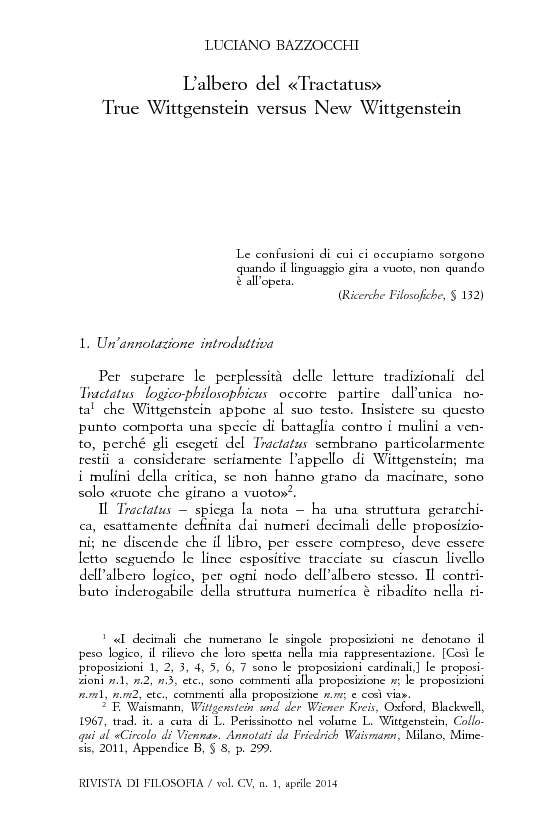