Although the protest of Italian scientists in February 2001 stirred some turmoil, it started no serious debate on crucial issues such as patents, private and public funding of scientific research, and the fate of scientific culture in Italy. For political reasons, one of the main problems, the attitude of the Vatican, was left virtually untouched. The protest concentrated on "green" opposition to biotechnology, but no mention at all was made of an equally dangerous mixture of right-wing demagoguery, elitism, narrow-minded business management, and Catholic fundamentalism, which seem to prevail among the ruling majority. The new government did not keep its promises, and further reduced investments in scientific research. Scientists should not be lulled into believing that more money will solve all problems. It is pointless to put the blame for the lack of popular interest in science on strawmen (humanists, politicians) or to appeal for "freedom of research" without further qualification. Scientists themselves should be involved in the popularization of science, which they often seem to consider a second- rate affair. They must fight for reinvigorating scientific instruction in schools, and scientific culture in the country, as well as for funding avant-garde research. 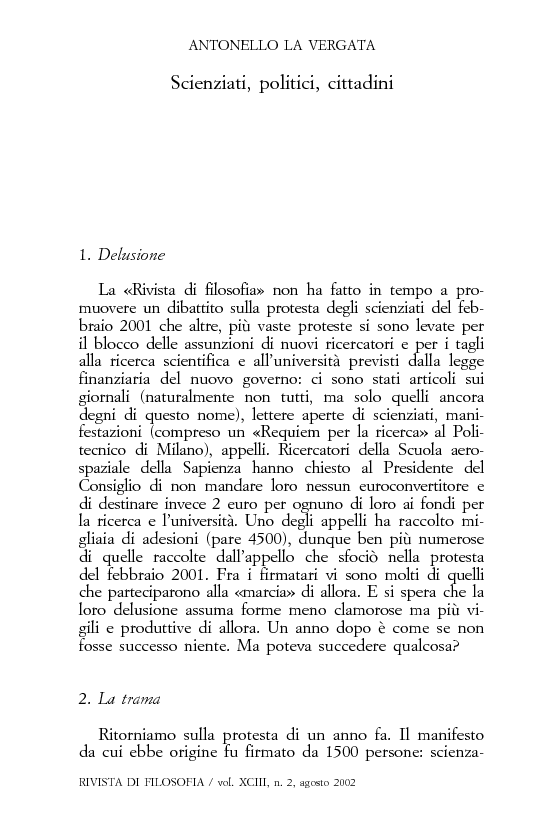