This essay deals with philosophy of perception, by critically discussing three classic views and proposing an original alternative. The first view that is presented is the «interface conception», which derives from Cartesianism and states that sense data mediate between the world and the mind. But this view, which implies antirealism with regard to phenomenal qualities, is unsatisfying since it easily leads to scepticism as to the external world. Therefore, in the 20th century, beginning with Henry James other views have been developed that have revitalized common sense realism. Two of those views are discussed here, i.e. disjuntivism (which has recently been defended by McDowell and Martin) and intentionalism (which has been developed by Dretske, Harman and Tye). But the Author argues that also these views are not satisfying. He therefore presents an alternative, which is inspired by pragmatism and open to the contributions of congnitive science. 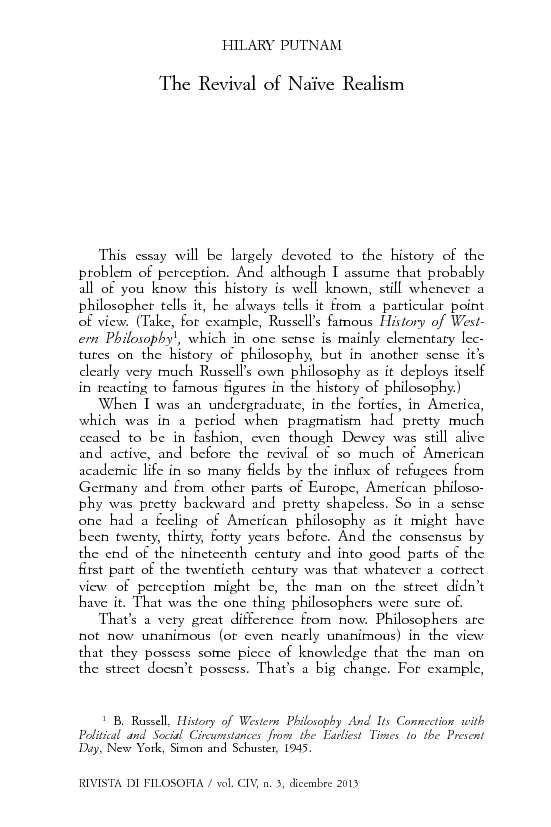