In the very last phases of Nietzsche's work, starting from Jenseits von Gut und Böse (1886) we experience a return of the themes and of the characters of the classical mythology, the same that had strongly characterized the first phase of his thought. This re- newed interest for Greece ratifies on one side a completion, but on the other side the overcoming of a long formative process in the Nietzsche's Philosophy. In the following pages I would like to ana- lyze this critical phase of the liberation from the Greek world in the last Nietzsche, that overcoming that he wishes in Die fröhliche Wissenschaft with the peremptory: «Ach Freunde! Wir müssen auch die Griechen überwinden!». The Nietzsche's critique moves now to the highest level reached by humanity: the Greek man. In this article I will analyze some figures, paying attention to those that represent the overcoming of the Greek ideal in the Nietzsche's work: Arianna, Theseus, the Labyrinth, the Minotaur. 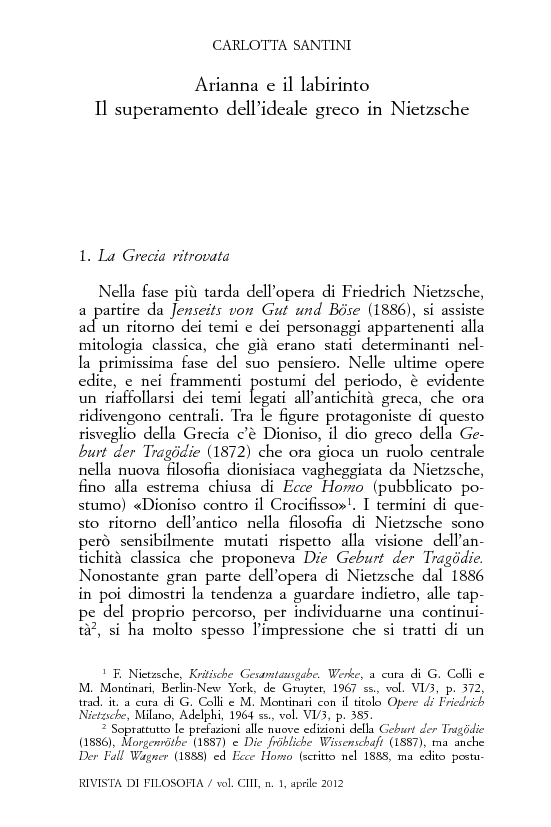