An authoritative scholar in history of psychology, Robert M. Young, has defined Herbert Spencer's Principles of Psychology, published four years before Charles Darwin's Origin of Species, «the first, and the most thorough, conception of adaptative, evolutionary psychology». The main features of the book has been pointed out in the reworking of the British tradition of associationistic psychology on the basis of the new evolutionistic approach, based chiefly on the principle of the inheritance of acquired habits, and in the tentative reconciliation carried out by Spencer between the two opposite views in matter of mental phenomena respectively held by the empiricists and the transcendentalists. This article aims to reconsider Spencer's project about evolutionary psychology in the light of the debate which took place in British philosophical culture on the epistemological status of psychology: a debate marked out by the responses given by John Stuart Mill and George Henry Lewes in opposition to the reductionist attitude fostered by Auguste Comte. 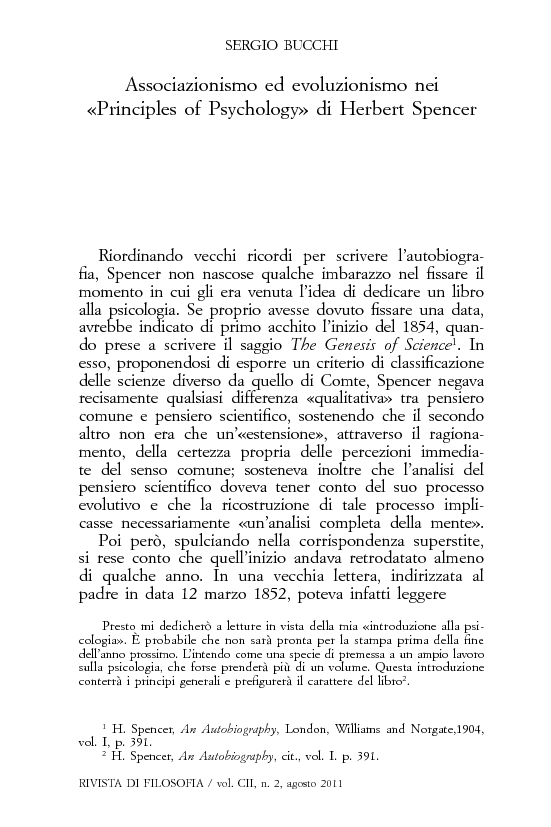