One of the steps that moved to a better comprehension of Kant's argument for the existence of absolute space in his essay Von dem ersten Grunde des Unterschiedes der Gegenden im Raume (1768) has been its comparative reading with Euler's Réflexions sur l'espace et le tems (1748), where a similar claim is made. Moreover, this paper suggests that also Berkeley's De Motu (1721) could have influenced Kant, although in that work Berkeley maintains the opposite thesis. The present essay shows that there are important resemblances between two parts of Kant's text and a section of De Motu, and then explains why Berkeley's criticism of Newtonian absolute space may have led Kant to conceive a proof of its existence grounded on incongruent counterparts. This can be relevant because the originality of Kant's argument is that it is a «static» proof, namely a proof concerned only with geometrical notions. On the contrary the previous attempts to support absolute space, including Newton's and Euler's ones, were «dynamical» proofs, which involved the concepts of motion and inertial force. 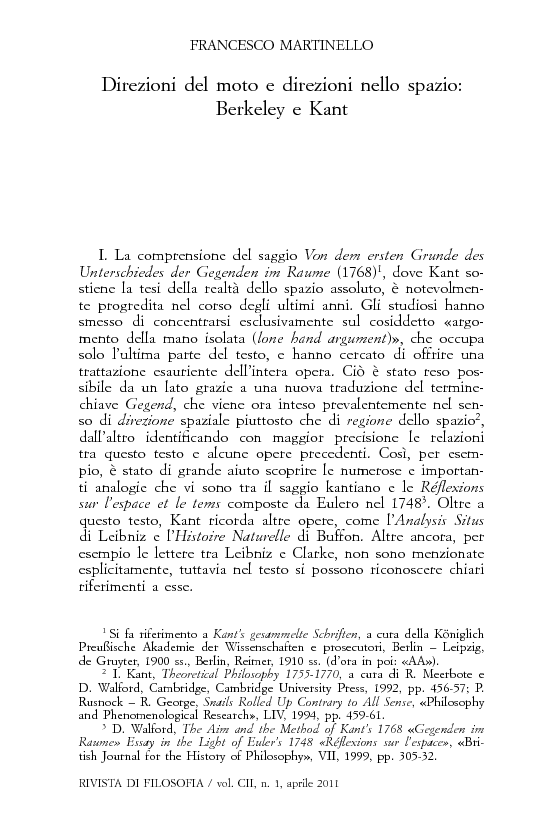