This essay reconstructs Kant's conception of politics, mainly understood in terms of political agency, as well as politics' relation with justice (Recht) and morality. It argues that Kant sees politics as subordinated to justice regarding its ultimate orientation and legitimacy, but also as autonomous, which is to say governed by its own maxims, with regard to how the demands of justice are to be realized in the world. The paper reaches this result by focusing on the well-known notions of «moral politician», «political moralist», «despotic moralist», and «moralising politician» and offers a novel interpretation of these. It also notices and tries to defuse a tension in Kant regarding the relation between knowledge (especially predictive ability) and politics. At times, Kant considers such predictive ability as both indispensable for a good politician and possible to attain. Other times, he considers it as beyond the reach of any human being. Similarly, he regards this epistemic limitation as a fatal shortcoming for the political moralist but, mysteriously, not for the moral politician. The paper ends with a reflection on the higher faculties - particularly judgment - Kant sees as necessarily involved in the political agency. 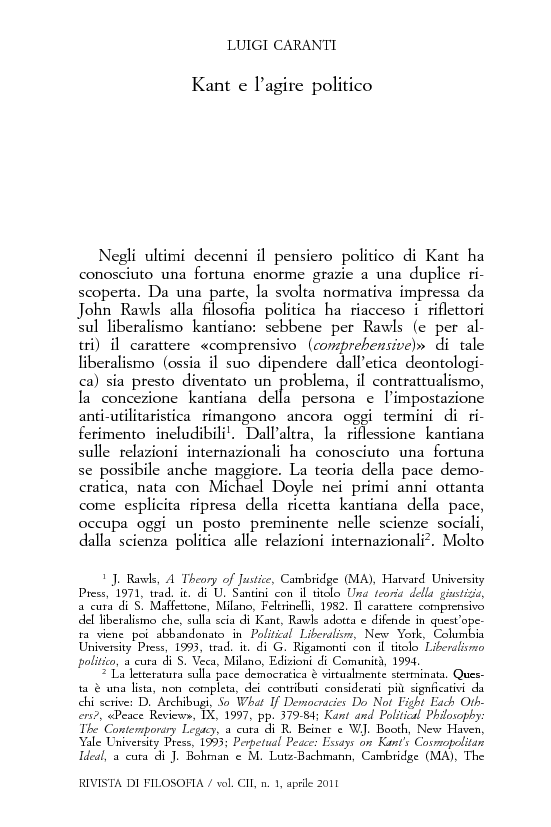