The structure of possible relations between ancient philosophy and our present thought can be described by a tripolar model, including (a) ancient society, (b) ancient philosophy, and (c) us. There may be an open flow of communication between all three poles (this is for instance the position of the so called Third Humanism), or between (a) and (b) but not (c) (this being the Marxist view), or else between (b) and (c) (according to the approach of historiography inspired by the analitical philosophy). In a methodological debate on the methods of interpreting ancient philosophy (Rome 1983), Carlo Augusto Viano proposed what he called a "closed model", whereby all the three lines of communication were considered as interrupted. This approach was intended to protect the autonomy and peculiarity of ancient philosophy both from the projection of assumptions that belong only to modern thinking, and from a reductionist interpretation as ideology of the ancient slave society. On the other side, the "closed model" view risks to make the ancient philosophy an object so remote to become inintelligible and meaningless for us. The article discusses a way to avoid this risk while saving the positive results of the application of a "closed model". 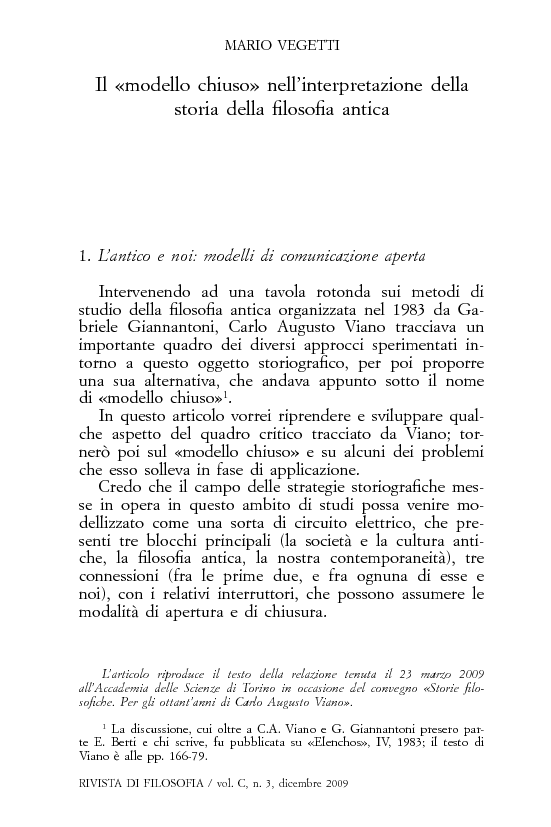