Some critics contend that utilitarian-driven transgressions of conventional morality, especially when esoteric and individually performed, are made wrong by the arrogance those deeds display. This paper provides a scheme of what might be the theoretical assumptions concerning morality that underlie the arrogant attitude in morality - in particular, assumptions concerning the weight to be assigned to welfare in determining reasons for action and obligations to act. Second, a list of possible conceptions of what it is to be morally arrogant are considered, showing them to be inappropriate and vague. Finally, however, Skorupski puts forward a conception of moral knowledge that is able to make room for cases of moral arrogance. Genuine moral knowledge relies both on subjective and personal rational convictions and on a social context of discussion, the latter being necessary to give epistemic warrant to the former. Moral arrogance obtains when the social context of discussion is denied, as in any esoteric morality. Moral arrogance is an epistemological mistake. However, this is not enough to show that epistemically arrogant actions are wrong. 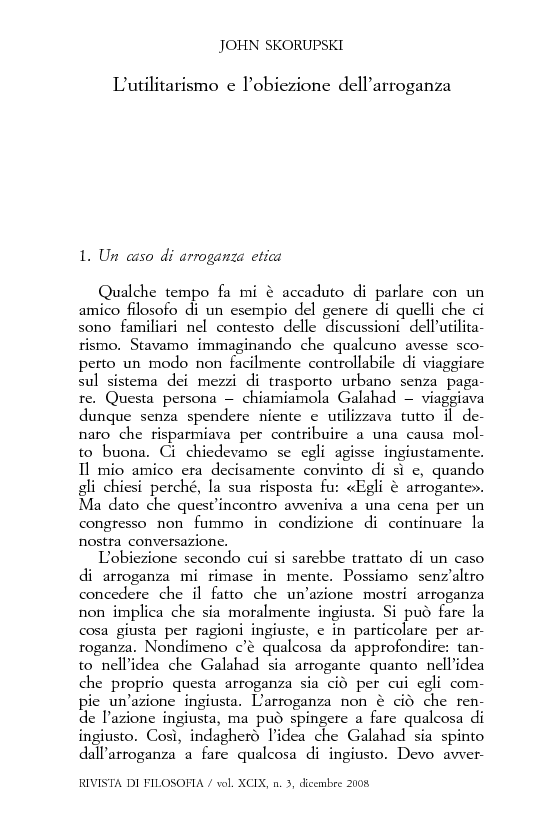