The normative theory put forth by Henry Sidgwick in his Methods of Ethics is widely considered as one of the most sophisticated and influential versions of utilitarianism. Surprisingly however, there are no studies devoted to investigating the structure of Sidgwick's position. This essays aims to fill this gap by offering a detailed account of the consequentialist structure of the theory presented in the Methods of Ethics. I start by considering the theory against the backdrop of the classic debate between act-utilitarianism and rule-utilitarianism, and argue that Sidgwick's formulation doesn't fit either of these models. Then I recall Sidgwick's distinction between "criterions of rightness" and "decision procedures" and claim that this distinction allows him to defend an alternative version of indirect utilitarianism to rule-utilitarianism. Finally I argue that this version of indirect utilitarianism, which has recently been developed and refined by Richard M. Hare, Peter Railton, David Brink, and Philip Pettit, offers the most coherent formulation of the utilitarian theory, and is to be preferred both to act-utilitarianism and to rule-utilitarianism. 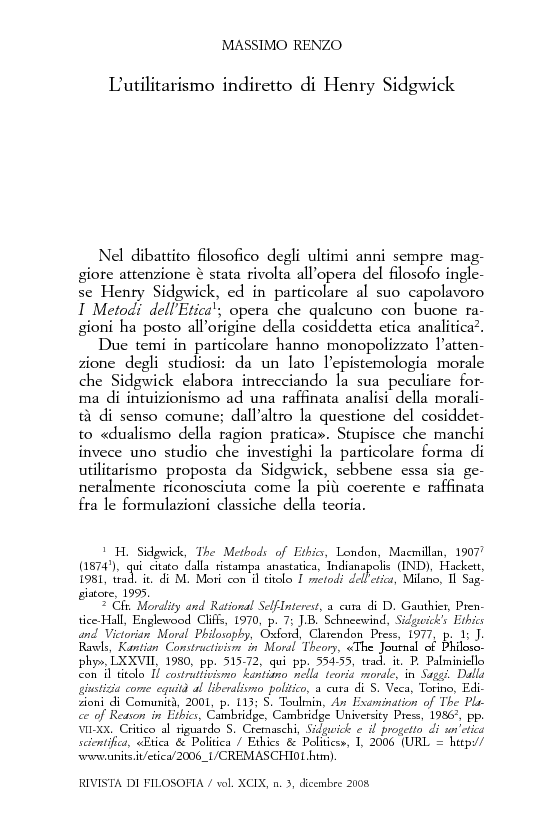