The "crisis of conscience" metaphor, as used by Paul Hazard in 1935 to describe a trend of changing opinion by the end of the XVII century, still has some supporters among historians who have decided to ignore the reverse of the medal, the scientific movement of the same period. They fill the gap by the emphasis they put on the underground crosscurrents of materialism and pantheism diffused through clandestine manuscripts, apparently stemming from Spinoza's "Ethics" and "Tractatus theologico-politicus" and culminating in Toland's tracts, later in d'Holbach's propaganda. The "Radical Enlightenment" metaphor, a backward extension of a well known XIX-century political label, seems to have successfully superseded the religious-minded idea of "crisis". The present paper deals with some shortcomings of both metaphors, as used in recent historical writing to describe a movement of ideas opposite and alternative to, and separate from, the fiction of a "High Enlightenment "; an interplay of formulas reminding the "Renaissance" and "Counter-Renaissance" dilemma. 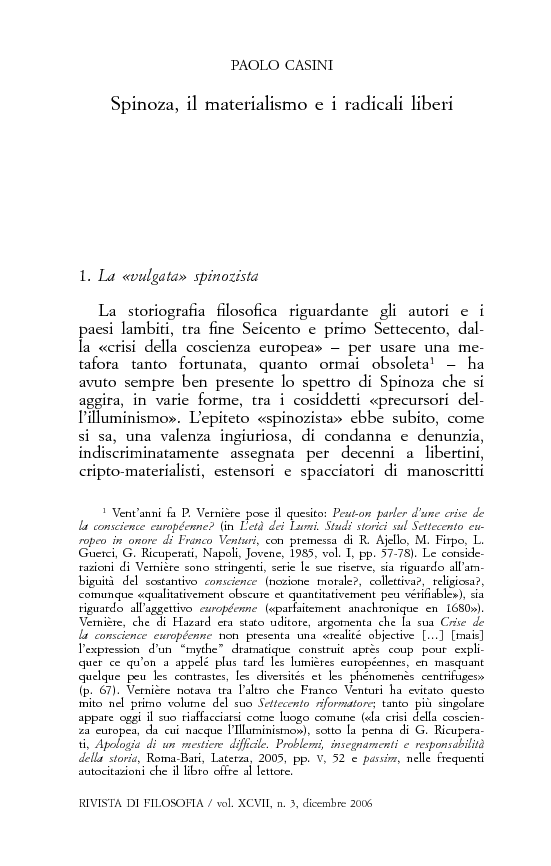