The article reviews a broadcast on evolution on Radio Tre Channel of the Italian Radio. As an attempt at a popular discussion of scientific and cultural issues, it was a failure. The information was fragmentary, confused, ill-presented, and often simply wrong. This was partly due to sheer ignorance, which is no minor fault on the part of the authors, Anna Foa and Lucetta Scaraffia, both of whom are university teachers of history. They were biased against Darwinism, and their treatment of the subject was unfair. Building on their scanty information, they allowed themselves to pass judgements on the moral implications of Darwinism and issues such as the relationship between evolution and religion. More than that, they missed no opportunity to cast doubts on science in general, as being only too often likely to become "ideology", that is, in their meaning, an all-embracing, dogmatic alternative to religion. 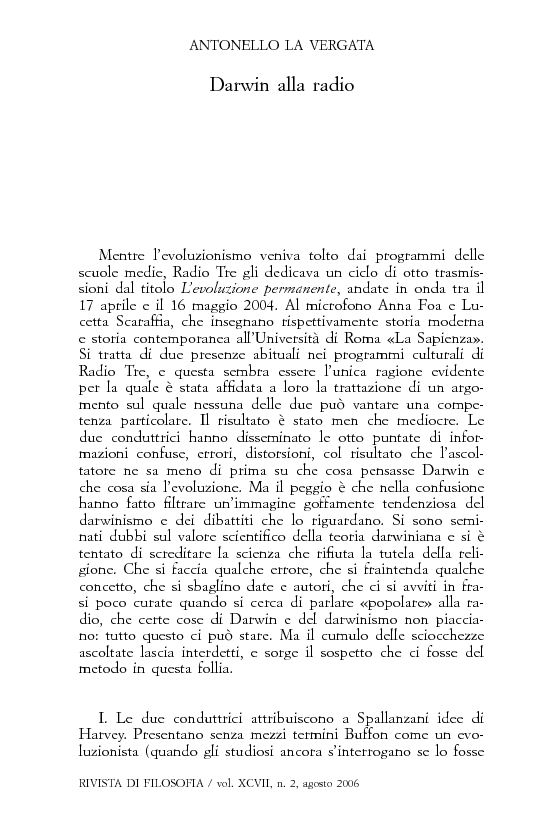