In the so-called "anti-Hobbesian" British reaction of the second half of the 17th century and the first half of the 18th, Shaftebsury's reception of Hobbes' philosophy offered an interpretation more equilibrate than others. Shaftesbury doesn't save to Hobbes's thought some very hard criticisms, concerning anthropological pessimism, the concept of the conventional nature of moral ideas, the political absolutism, and Hobbes' idea of a "state of nature". On the other hand, Shaftesbury had a great respect of Hobbes' philosophy, acknowledging his good intentions to work, by means of his imprejudiced and diffident method of analysis of human nature, for the benefit of the Commonwealth. The differences between Hobbes and Shaftesbury are deep, touching the moral roots of Shaftesbury's system of politics, and their respective concepts of reason and method. Nevertheless, Shaftesbury doesn't manipulate these divergences to allege Hobbes' atheism and libertinism, unlike many authors of the anti-Hobbesian reaction. Shaftesbury's tolerance of freethinking allows for a moderate evaluation of Hobbes' attitude to religion, as a mixed form of "atheism and theism". 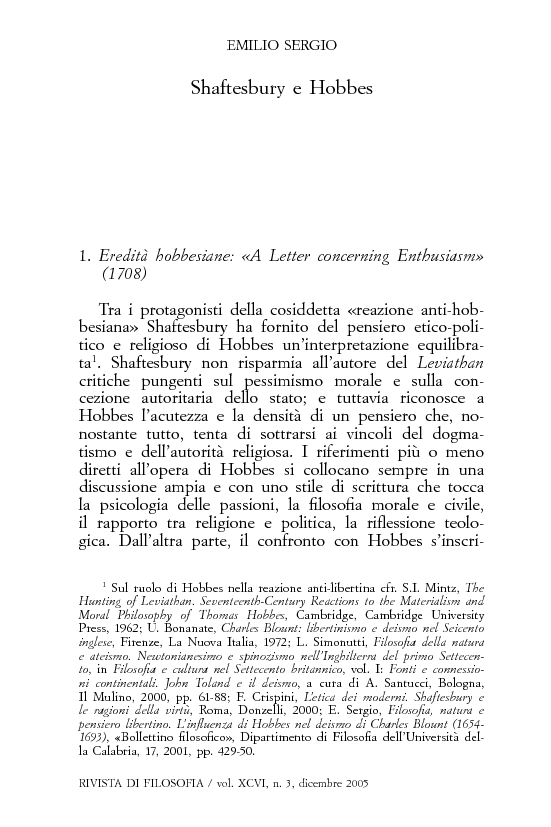