The author criticizes the simplified image of science on which Parisi seems to base his considerations. The Galilean paradigm cannot be applied to the so-called human sciences, and the human sciences are not only the behavioural sciences or the sciences of mind, as Parisi implicitly assumes. In any case, the antithesis between natural sciences and the sciences of man is a very old, epistemological dichotomy, which nowadays is no more tenable; and the differences between scientific disciplines have nothing to do with the relationship between science and philosophy. Furthermore, the author is sceptical regarding the philosophers' ability to contribute to the advancement of scientific research; philosophy can at most unmask the philosophical concepts which originate from backward stages of scientific research, in order to avoid that philosophers, in speaking about science, assume old notions and theories as still valid. 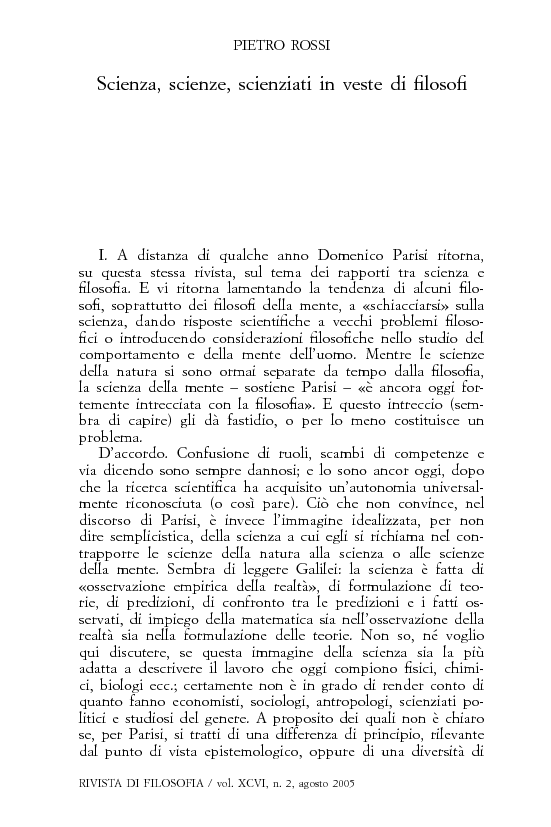