The 1887 medical congress regarding the "psychical polarization" phenomena held in Pavia during 1887 is the cue for this itinerary about magnetism in the Italian academic milieu during the 1880's. Hypnotism and magnetism were introduced as a new area of research for scientific measuring. A. Raggi, A. Tamburini, D. Maragliano, G. Seppilli, L. Bianchi, C. Lombroso, E. Morselli and E. Tanzi questioned themselves on the therapeutic power of magnets, on body modifications under their effects and on the causes of those modifications. Many of them were involved in evaluating the "antithesis" experiments of hallucinatory pictures that were carried out by Raggi during the Pavia congress, and explained those phenomena as particular cases of suggestion. Medical therapies connected with magnetism proved to be wrong, although may have contributed to the first steps towards a new psychological interpretation of mental deseases. 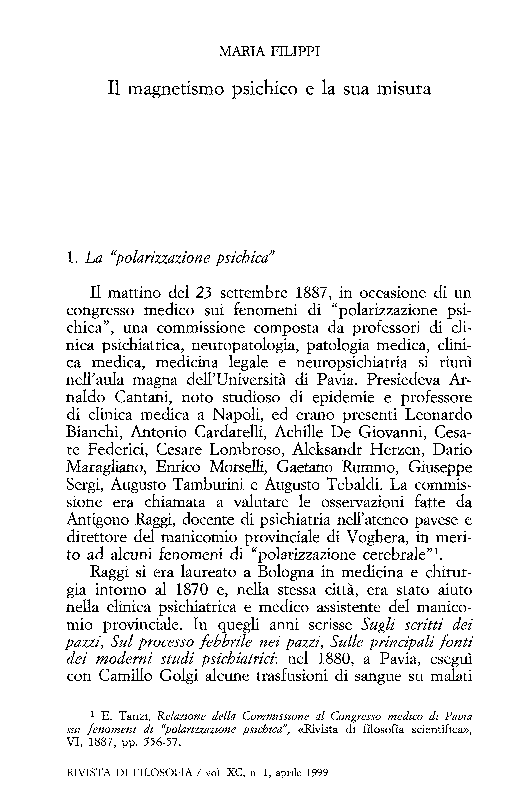