The paper presents the national edition of the works of Benedetto Croce, published by Bibliopolis from 1991 onwards, and analyzes its criteria. In this edition are hitherto critically reprinted two volumes of Croce's "philosophy of spirit", i.e. the "Logic as the Science of the Pure Concept" and the "Philosophy of the Practical", and moreover "The Philosophy of Giambattista Vico", the "New Essays on Aesthetics", "The Character of Modern Philosophy" and other six volumes. The paper also presents the new series of Croce's works edited by Giuseppe Galasso for the publisher Adelphi of Milan, which includes the "Aesthetics", "Theory and History of Historiography", the major historical works and the anthology "Philosophy, Poetry, History". 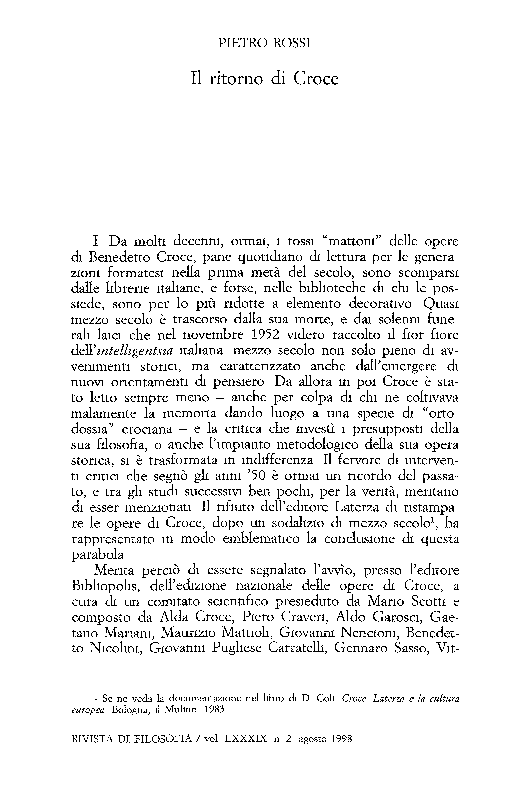