According to Russell's theory of time, the experience of time involves past, present and future, but in a world in which there was no experience at all, there would be no past, present or future, though there might be physical time, which consists of time relations among objects, but no mental time, which presents time relations between object and subject. In the article "The Unreality of Time" (1908), John E. McTaggart distinguishes two time series: in the A series the position of time - past, present and future - are changing, whereas in the B series (corresponding to Russellian physical time) each position is earlier than some, and permanent. According to McTaggart, the distinction between past, present and future is more essential to time than the distinction between earlier and later. Therefore the B series depends on the A series, in complete opposition to Russell's theory. In this article a historical and comparative examination of the two views of time allows us to explain the origin and the matter of the present debate on the nature of time. 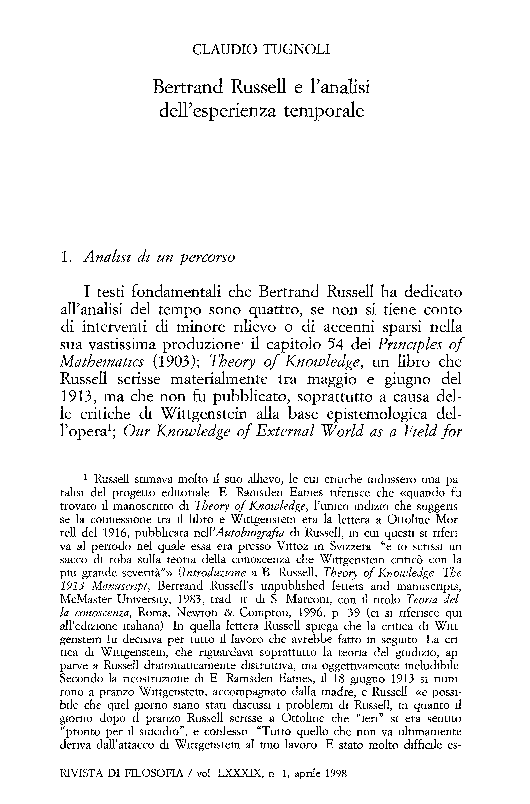