This article analyses the role of cooperative virtues in Rawlsian thought and in particular it shows how, within Rawls’ philosophical framework, such virtues should be interpreted both as an individual good for citizens, and as a public good within the well-ordered society. The first part of the paper analyses why cooperative virtues are an indispensable individual good: Without their acquisition, the individual does not become a moral person. In this regard, starting from the dissertation thesis of a young Rawls, the core of the analysis focuses on the process of moral development, which is described in broad terms as the path towards the realization of cooperative virtues. However, the presence of such virtues in citizens also constitutes the conditio sine qua non for a well-ordered society in order to be able to establish itself first, and then to remain stable over time. This public value of cooperative virtues is explored in the second part of the article, which highlights a crucial change in the interpretation of the role of the above-mentioned virtues between the publication of A Theory of Justice and Political Liberalism, as far as the theme of stability is concerned. 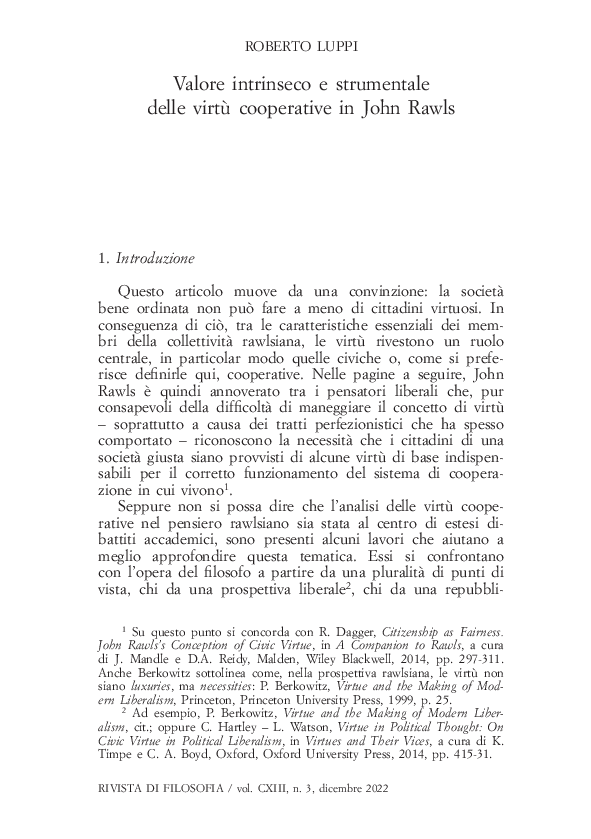