Carlo Augusto Viano carried out extensive research into John Locke’s political doctrine. The paper focuses on Viano’s arguments against the claim that Locke was a forerunner of utilitarianism. This claim had become popular with the works of Leo Strauss and Crawford Macpherson, who described the Two Treatises of Government as an apology for capitalism legitimizing the unlimited accumulation of capital, and promoting a quintessentially egoist view of politics. The paper argues that Viano developed two powerful arguments against that claim, the first of which was directed against Strauss and centred on Locke’s hedonism, whereas the second aimed at undermining its basis, individualism. This argument was mainly directed against Macpherson. 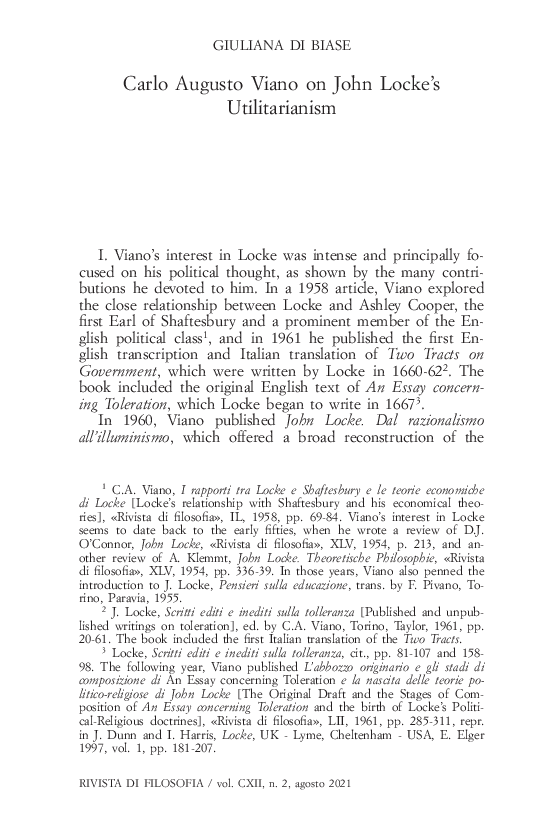