In concomitance with the parliamentary debate on the enlargement of electoral suffrage in the Kingdom of Italy between 1879 and 1881, the Catholics tied to the Holy See started developing a reflection on the electoral system and political representation. The political circumstances seemed to allow a large part of the Catholic world to get ready for an eventual overcoming of the Non Expedit. In preparation of the transition from the administrative to the political vote, the Catholic electoral associationism demonstrated a conservative culture and a pragmatic attitude, aimed at inserting itself into the Italian liberal-constitutional framework, which, however, did not find reliable interlocutors in the liberal Right. The Vatican awareness of the change and aspirations of the Catholic elites in participating in the Italian ruling class fueled the planning and the disenchantment of a possible “Catholic partyµ, leading Catholics’attention to the transformation of the liberal parties led by Depretis. 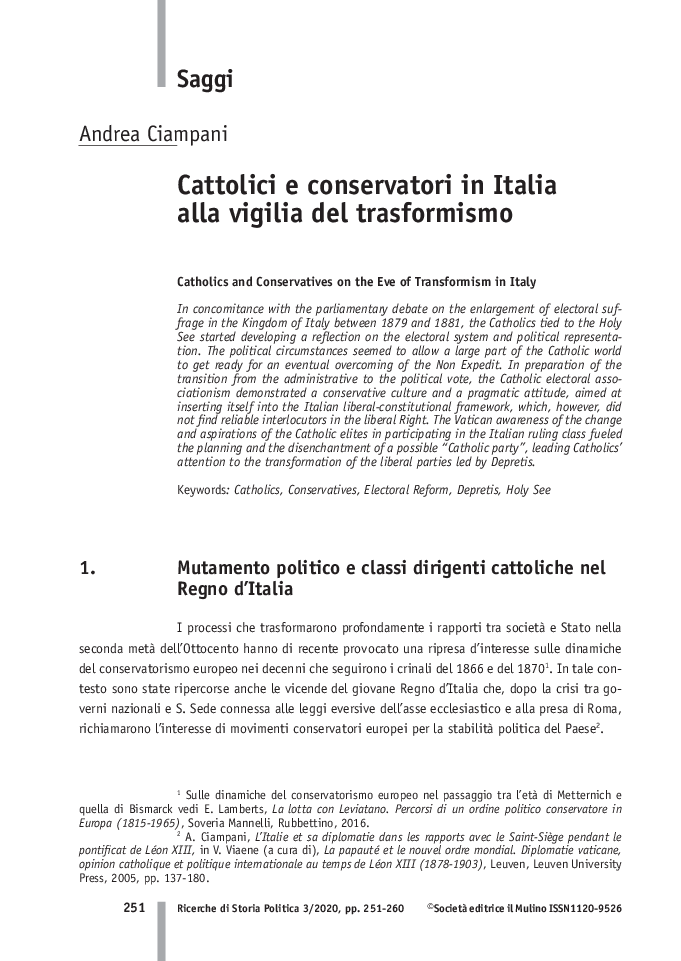