Conservatives value historical circumstances over abstract rationality and are sceptical of change. This turns them into political opponents of the modernist project aimed at creating a self-sustaining, rational social order independent of any apriori – be it religious, traditional, or natural. Conservative opposition is opportunistic: it adapts to conjuncture, strikes alliances with neighbouring traditions – e.g. nationalism, reactionaryism, Catholicism, moderatism –, and targets the adversary that, at any given moment, it considers the most dangerous agent of change. Deep historical caesuras put conservatives under particular stress, obliging them to rethink their strategies, enmities and alliances. The essays of this special issue analyse instances of conservative adaptation to the consequences of major crises in nineteenth and twentieth-century Europe. 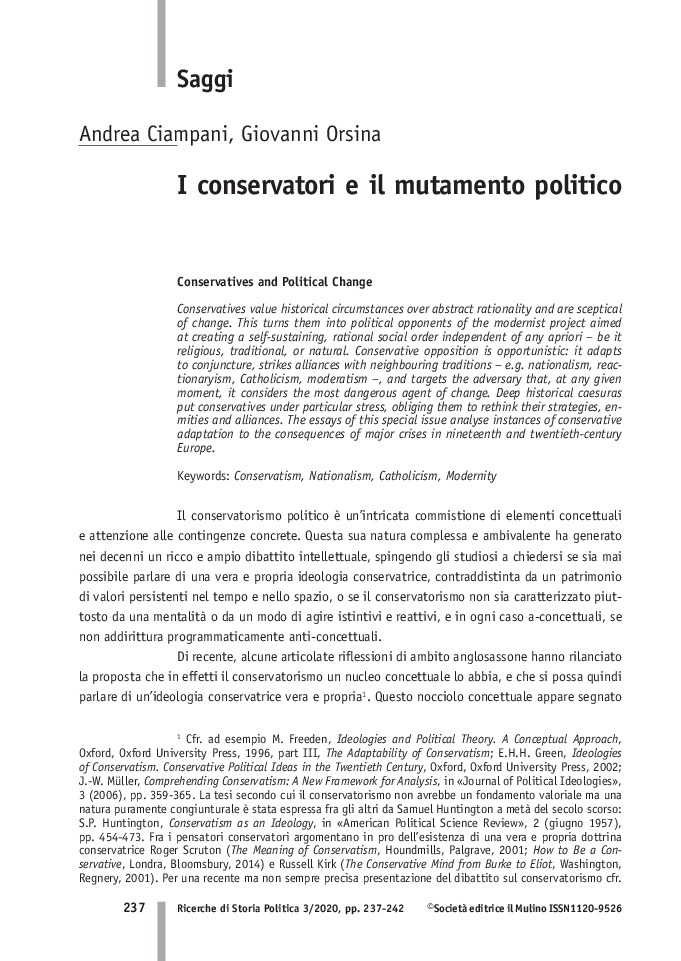