Until the end of the XX century, citizenship was the expression of the membership to a territorial political system, the nation-state. In this sense, citizenship and borders were mutually related. The article aims at illustrating how, in the global age, with the crisis of the political form of the nation-state, the multiplication of cultural worlds and political memberships, the dissemination of borders (which renders more complex and less neat the once clear distinction between the inside and the outside, the included and the excluded), citizenship undergoes a progressive de-territorialization. Within this process a tension emerges between the formal status of citizenship, its institutional frame, and the «acts of citizenship», and the claims of subjects that are excluded or included in a differential, partial way. 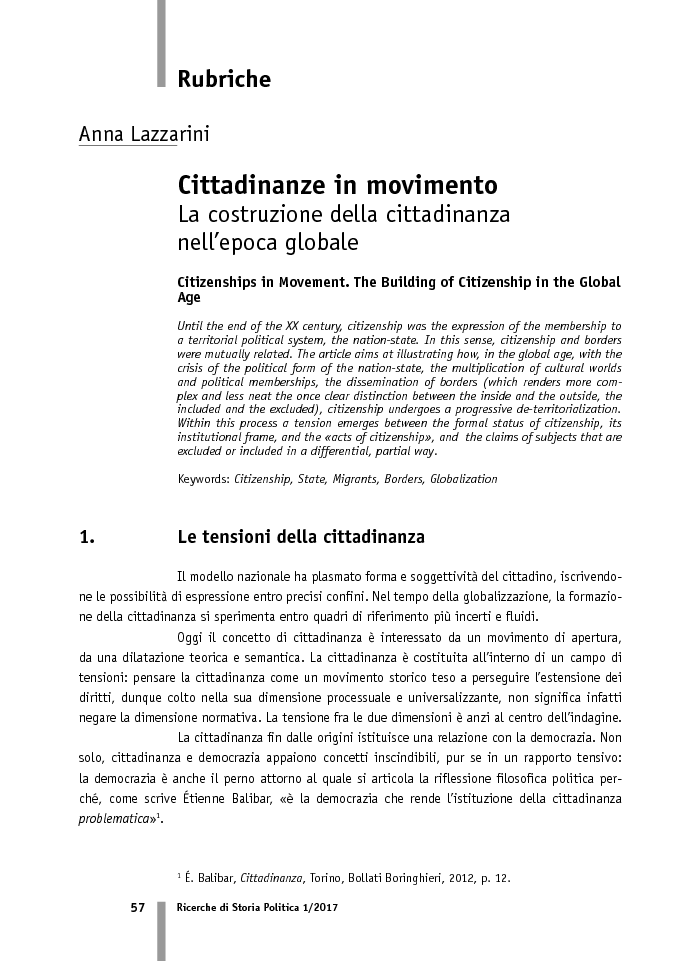