This article analyzes the different public relations (PR) activities Esso (Standard Oil New Jersey's Italian affiliate) carried out in post-World War II Italy, and how they intersected with US forms of cultural diplomacy during the Cold War and with an effort to shape the country's economic reconstruction and oil politics. It argues that between the late 1940s and the mid-1960s, the company advanced new and original interpretations of the role firms should have in a consumer economy and society, and in a modern democracy. In a context characterized by low levels of consumption, by limited forms of advertising, and by a general unwillingness to open up corporations to new forms of communication with the public, Esso imported a series of PR techniques from the US and adapted them to the Italian context. Its influence was particularly clear in the various professional associations that emerged in Italy during the 1950s, which drew inspiration from Esso and its «PR men». The article contributes to existing studies about US forms of influence on Italy's economic and political reconstruction, and about the importance of cultural diplomacy during the Cold War. 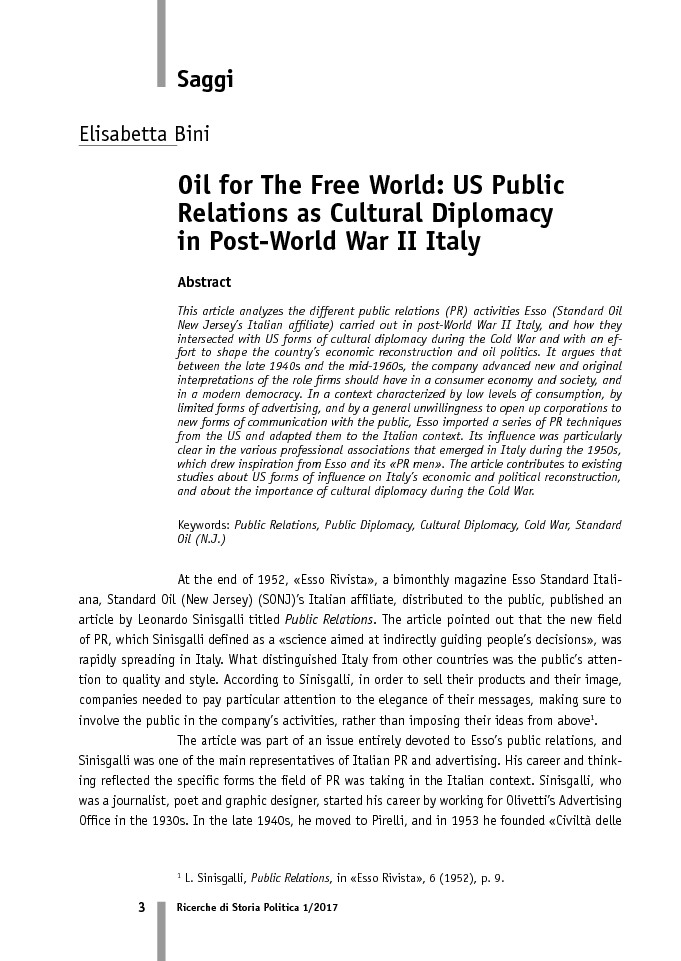