The loss of centrality of European history, as the diminishing interest of the historiography of the other continents has shown, has limited the prospects of a historiographical rethinking centered on the importance of the revolutionary and Napoleonic age on the world context. Indeed, in recent years, the Eurocentric perspective has been challenged by Atlantic history and global history, through which the so-called «age of revolutions» (1760-1840) is now discussed in global terms and from a global perspective. Based on a careful analysis of the international historiography, the essay suggests how it might be more correct to speak not so much of the Atlantic revolutions, but of Atlantic republics, focusing in particular on those who arose in France, the United States and Haiti between the XVIII and XIX century. 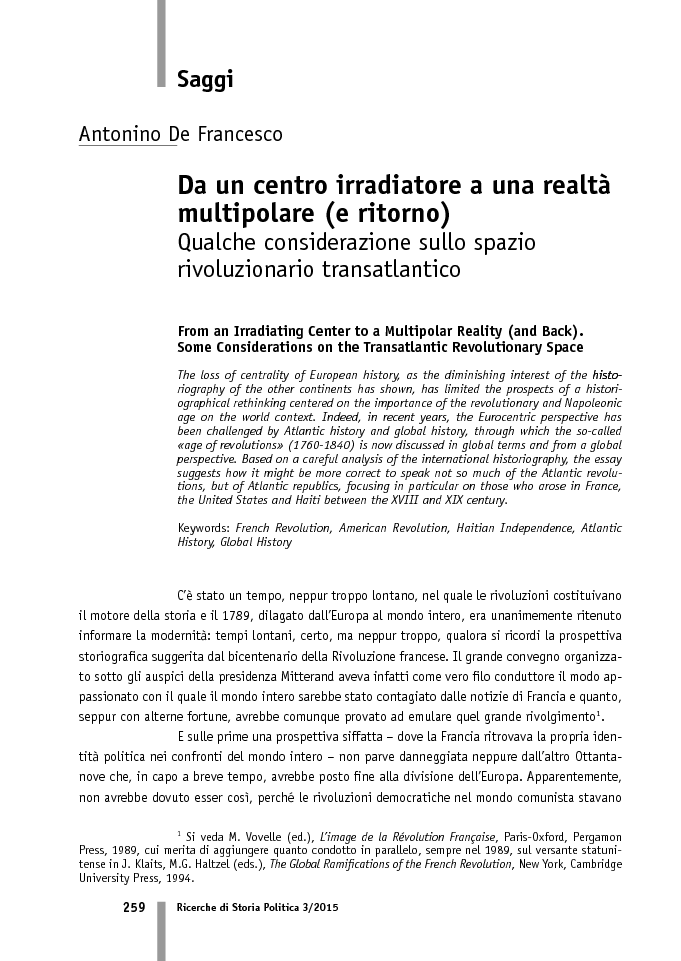