In this roundtable Maria Rosaria Stabili discusses with Alberto Mario Banti, Emmanuel Betta, Vinzia Fiorino, Maria Malatesta and Renato Moro the extent to which the category of gender has influenced Italian political historiography. As a starting point, Stabili maintains that in Italy gender has been systematically excluded from the major debates of political history. Therefore, the discussion focuses on four main topics: the current contribution of women's and gender history to the renewal of political history; the reasons why the category of class has become a permanent analytical tool for political historians, whereas gender is still at the margins of the historical reflection; the impact of the generational factor on the opening to suggestions coming from the ongoing national and international debate on gender history; and, finally, the use of a gender perspective in order to reconsider some political concepts currently in crisis, such as citizenship, representation, leadership. 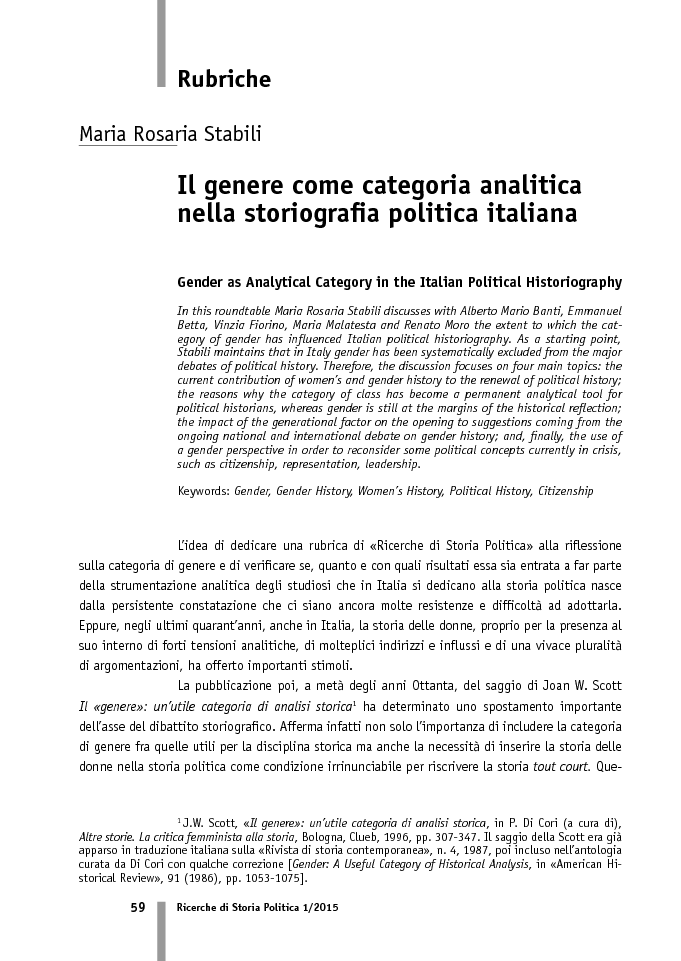