The article discusses the moments that saw Togliatti's long leadership in crisis, or at any rate severely criticised, and analyses the communist leader's responses to them and in particular his ability to maintain a systematic linkage between international and national policy. The essay focuses on three crucial episodes: the so-called "Salerno turn" of 1944, when criticism against Togliatti came from both outside and inside the PCI's leading group. Togliatti overcame this crisis with apparent ease by creating a synergy between the "national way" and the "international axis". The second crisis coincided with the invitation, which Togliatti resisted only with difficulty, to take over as head of the Cominform. The third attack on his leadership was provoked by the events in Hungary, which he overcame by presenting himself as the point of balance between national and international questions. The author sustains that a further crisis was due to Togliattis denouncements of Stalin's crimes at the PCUS Congress of 1961, which consequently lead to the clash within the PCI between Togliatti and Amendola. This episode, and the last years of Togliatti's leadership until the Yalta Memorandum, should be interpreted as a further attempt to conjugate the "national/ international" nexus as it had been constructed since 1944. 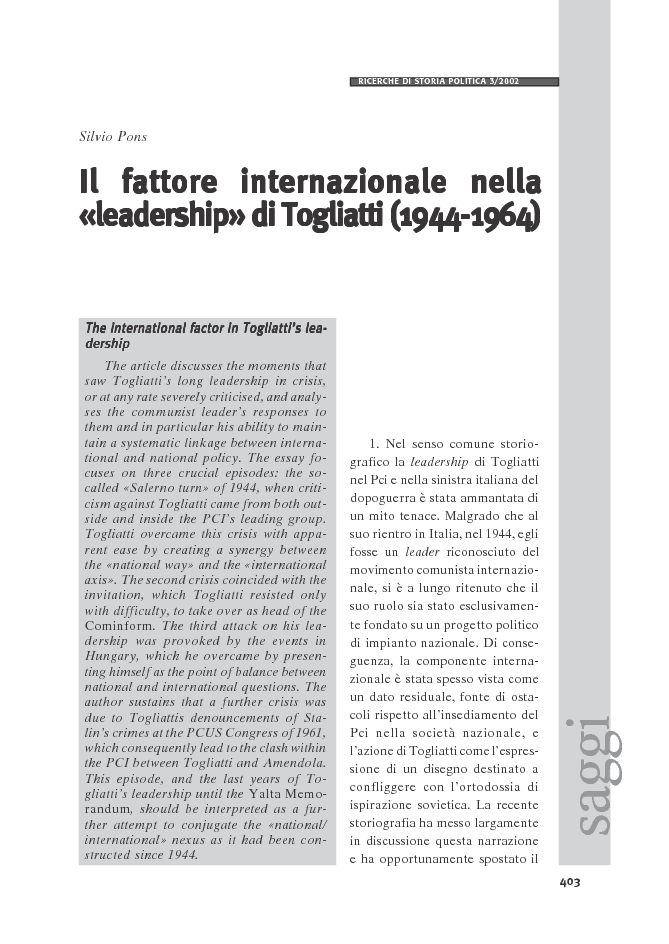