The essay reconstructs the main stages in the process that gave rise to a form of leadership with distinctive features. In a constant endeavour to reconcile the orientations of domestic and foreign policy, it examines the original contribution of a politics which revived a cultural and ideological tradition and adapted it to the needs of reconstructing a country destroyed by war. De Gasperi's leadership is thus depicted as the fruit of particular farsightedness which enhanced the role of politics, fully understood its function, and identified the ends to which it should be directed. It was the result, that is to say, of a realistic conception of political commitment and participation which translated into a constant search for stabilizing alliances, the purpose being to avoid any excessive subordination (to the Vatican and the United States) and to achieve the maximum amount of democracy possible in the country's historical-political circumstances at the time. De Gasperi therefore provided a leadership that had long-lasting effects because it was able to respond appropriately to the system, although it was certainly not endowed with strong and indisputable personal charisma - for which reason, perhaps, it has been admired but little loved. 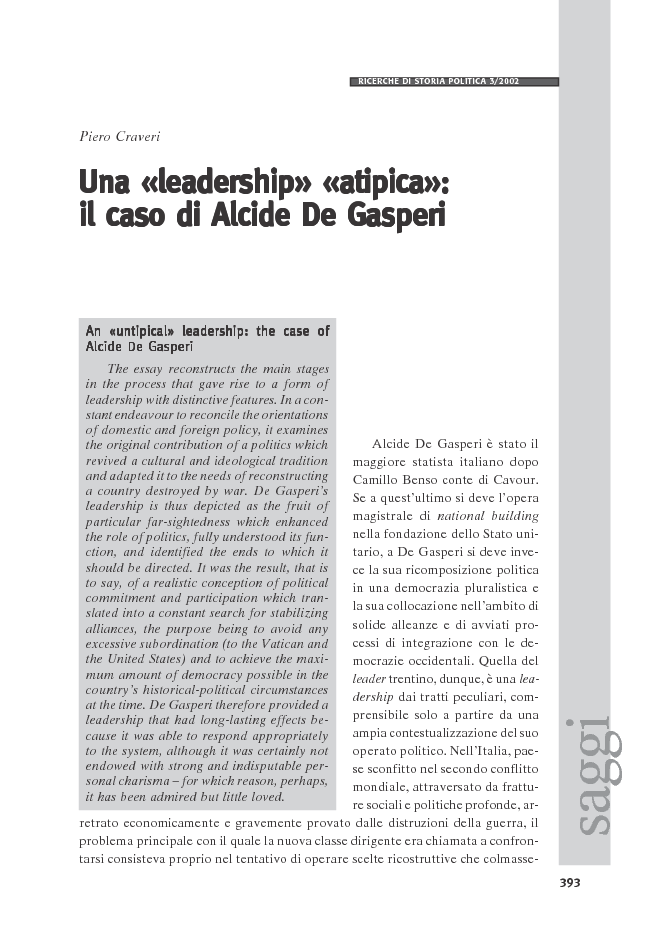