Like in France, also in Spain the figure of the intellectual was born in the very last years of the Nineteenth century. This first generation of intellectuals did not have and did not seek any form of organisation. They acted and spoke individually, despised politics and democracy and perceived themselves as the only European section of a backward, barbaric society. On the eve of the Great War a second generation of intellectuals began to arise - the most notable member of which was Ortega y Gasset. These did not despise politics, but believed that their mission was to modernise Spanish culture rather than to devote themselves to direct political action. They often had a technical rather than literary background, were favourable to democracy, and acted jointly by creating journals, newspapers, publishing houses. The Thirties witnessed the birth of a third generation of intellectuals: Catholics of more or less strong fascist feelings, who were backed by and worked through the structures of Franco's state. Those of the third generation who did not reject altogether the arguments of the losers of the Civil War, created the foundations for the slow rebirth of an appeased and unified Spanish culture after 1956. 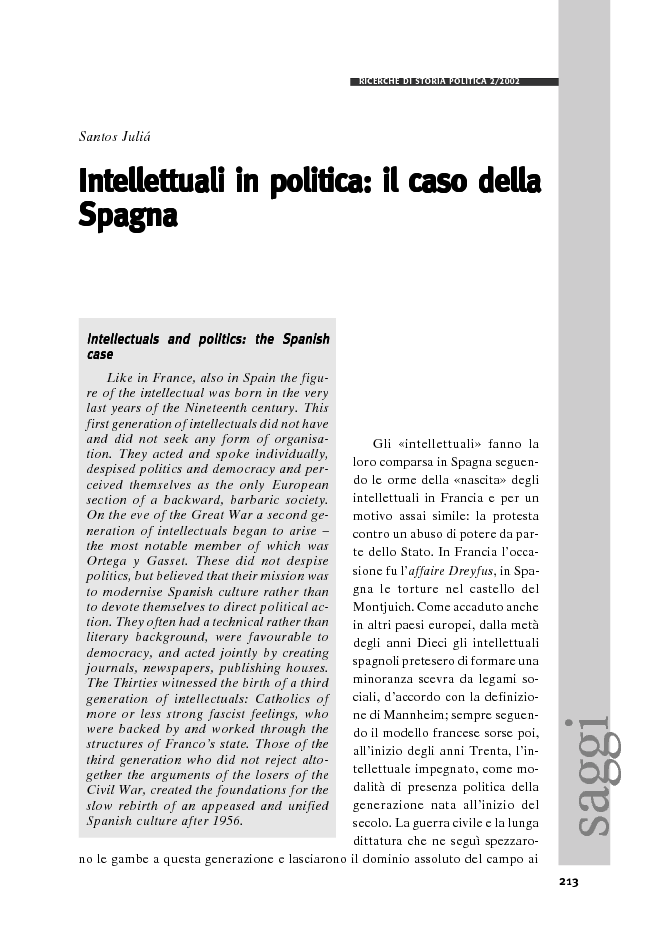