The essay aims at outlining the main features of the discussion on the role of the state in the emerging U.S. social sciences between the 19th and the 20th century. In particular, the essay focuses on the shift from the early analyses on the origins, nature and power of the state to those that emphasized the problem of administration, efficiency and the functions of the American government. The focus on this crucial theoretical and political turning point helps understanding the peculiarity of the American state, which is too often represented as «weak» or absent. On the contrary, the process of centralization and state-building, in the critical decades at the turn of the 20th century, had to face the powerful 19th-century anti-state democratic tradition and come to terms with it. 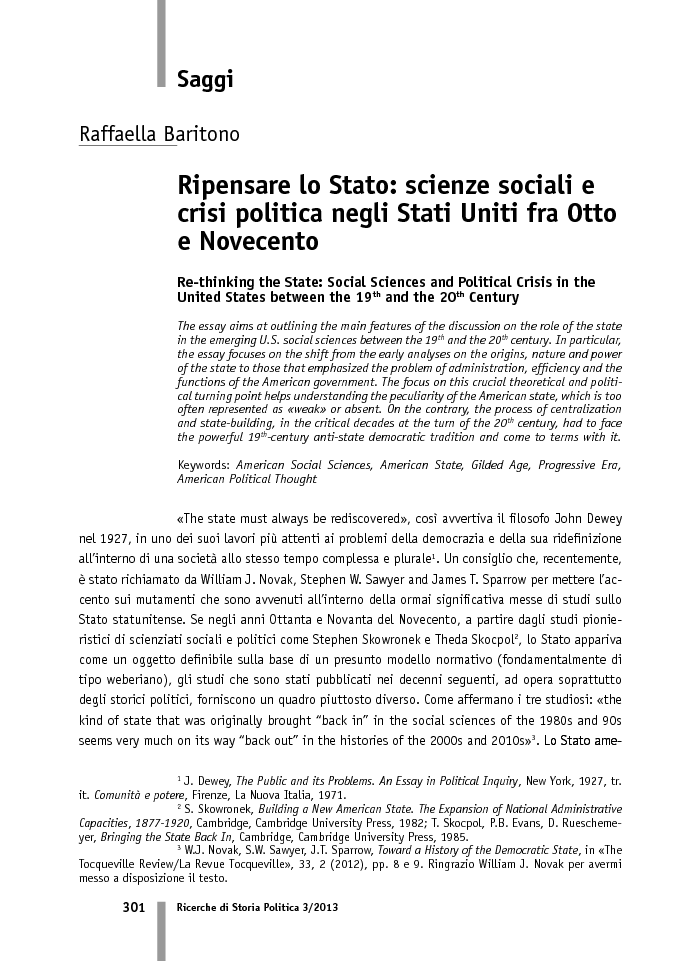