The reduction of politics to the mere exercise of institutional authority is misleading, since the concept implies a high degree of polisemy and elusiveness. Although conventional meanings have a considerable significance for understanding the self-representation of individuals and societies, a serious investigation should begin with the assumption of the underlying rationale of politics: the quest for satisfying the basic human drive of finality and decisiveness in social affairs. Furthermore, by extending the analysis beyond the institutional level, it is possible to understand that all human actions, such as ranking priorities, exercising persuasion or taking decisions, have a political component. Thus, contrary to what the advocates of anti-politics and disengagement imply, the political dimension of human conduct is far more widespread than its most salient institutional manifestations. 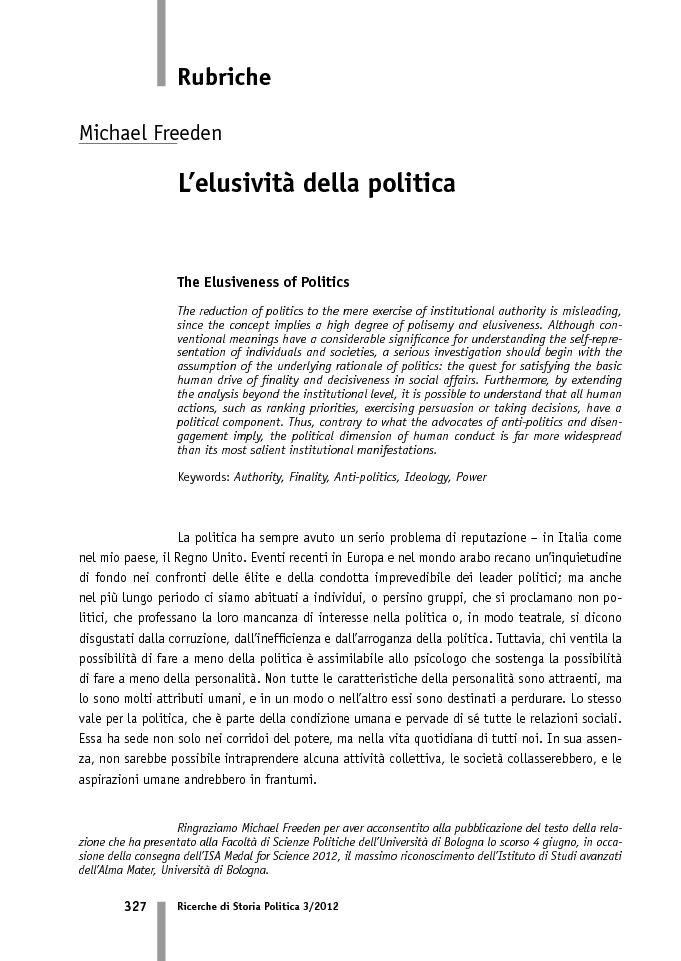