Most research on the Spanish Transition has focused either on the role played by the elites or on the impact of social movements. The hegemony of the Spanish Communist Party, the major anti-Francoist party, over the Workers' Commissions, the largest anti-Francoist movement, represents the link between negotiations from above and mass struggle. During the Sixties and Seventies, the communist leadership managed to render the mobilization of the labor union functional to the party's political strategy. The Workers' Commissions contributed decisively from below to the crisis of the regime: as a consequence, the Communist Party increased its bargaining power, so to become one of the main stakeholders of the foundational pacts of democratic Spain. 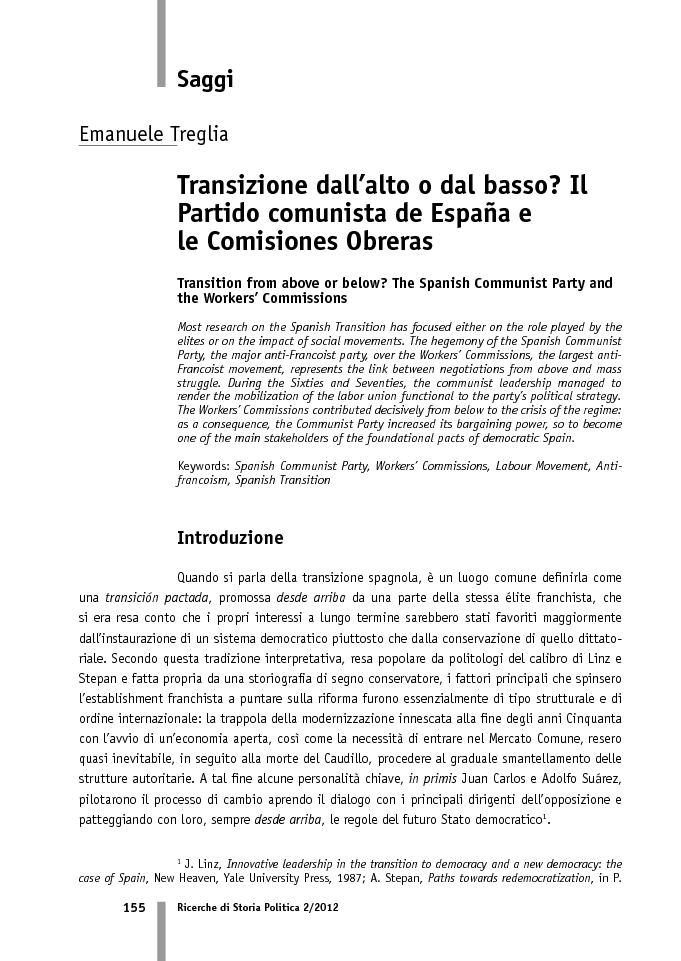