With the publication of this roundtable, «Ricerche di Storia Politica» would like to start a conversation on the most relevant methodological, thematic and interpretative changes in the field of political history. Our first contribution focuses on the U.S. debate. Since the 1970s, political history in the United States has been marked by several periods of decline and «rebirth», and has from time to time faced the emergence of historiographies that have challenged, if not revolutionized, the landscape of American history. To discuss the state of the field of political history, and its ability to dialogue with other sub-fields - gender and post-colonial studies, cultural and social history, political science and international history - we have invited some leading political historians: Alan Brinkley (Columbia University), Ronald P. Formisano (University of Kentucky), Robyn Muncy (University of Maryland), Peter Onuf (University of Virginia) and Kathryn Kish Sklar (Binghamton University, New York). 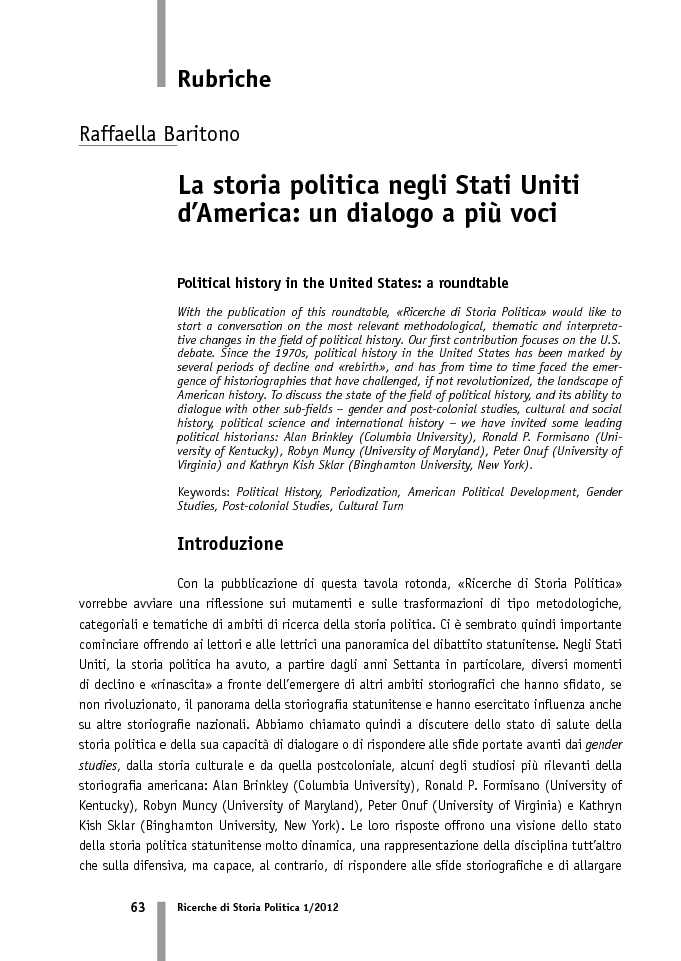