The historical and theoretical studies define populism as a contradictory ideological phenomenon: one that characterizes both authoritarian regimes and democracies, that comes in right-wing and left-wing forms, old or new populisms, the fascist, nationalist and protectionist populism of the fifties or the current populism that accepts economic liberalism and financial capitalism. In order to move on from these multiple interpretations, the author consider populism as a category of political thought by applying the morphological analysis that Michael Freeden has developed to understand political ideologies. Populism is a complex construction, multi-conceptual, fluid, and indeterminate, that can have different meanings, but with a common message: the refusal of mediation. Populism should therefore be considered as an anti-systemic anti-parties phenomenon. 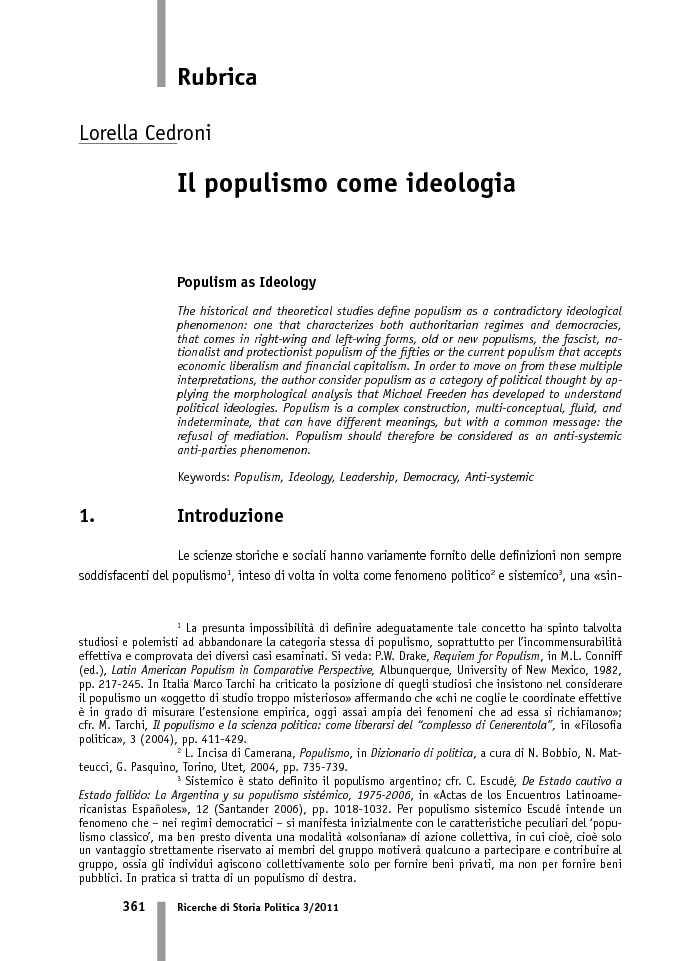