The Italian Communist Party (PCI) paid great attention to the Constitution at the beginning of the Republic. In the Constitutional convention, the PCI aimed, on one hand, at reinforcing its own political legitimation, which was not yet confirmed by elections, and on the other, at imprinting a strong anti-fascist mark in the fundamental law. The Constitution Defense Committee continued the communist activism on behalf of the 1948 Charter through the first half of 1950s. The communist and socialist popular front desired that the Committee, chaired by Vezio Crisafulli, to prevent the De Gasperi's «authoritarian» scheme, namely a «protected democracy» that could allow restrictions of civil and social rights gained by partisans' fights, in order to fulfill the Cold War balance of power. The essay reconstructs the troubled fortunes of the Committee and its local associations by underlining the difficulties its activists found in involving the most important «democratic» jurists in the defense of the Constitution. 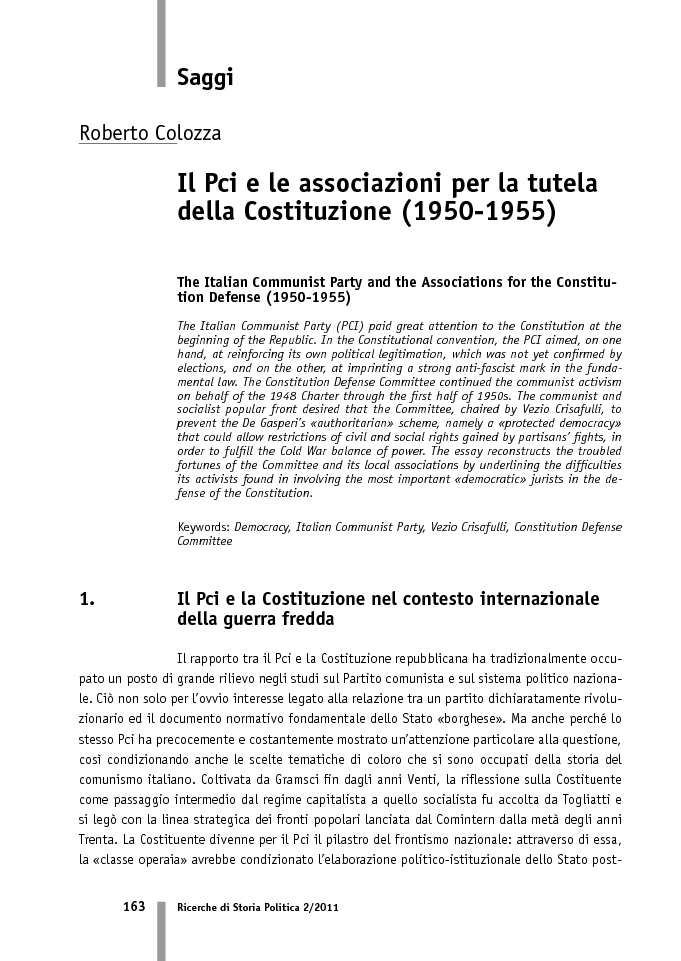