The aim of this article is to analyze one of the last examples of the Nazi violence occurred on the eve of the Hitler's capitulation. In particular, it focuses on the case of a group of Italian prisoners of war, who had been captured by the Nazis and detained in several concentration camps. While the American and British air forces were bombing the main industrial and urban German sites, provoking the collapse of industrial production and, ultimately, the breakdown of the regime, Nazi frustration increased and degenerated into indiscriminate violence against «internal enemies», such as looters, foreigners and, specifically, Italians, their formers allies who had been redefined as traitors. Arrests, deportations and mass executions multiplied, as in the case of Hildesheim, a tiny city in Lower Saxony, where approximately two hundred Italians were executed, including an army officer, Paolo Potena, who unsuccessfully but heroically tried to convince his murderers of his innocence. 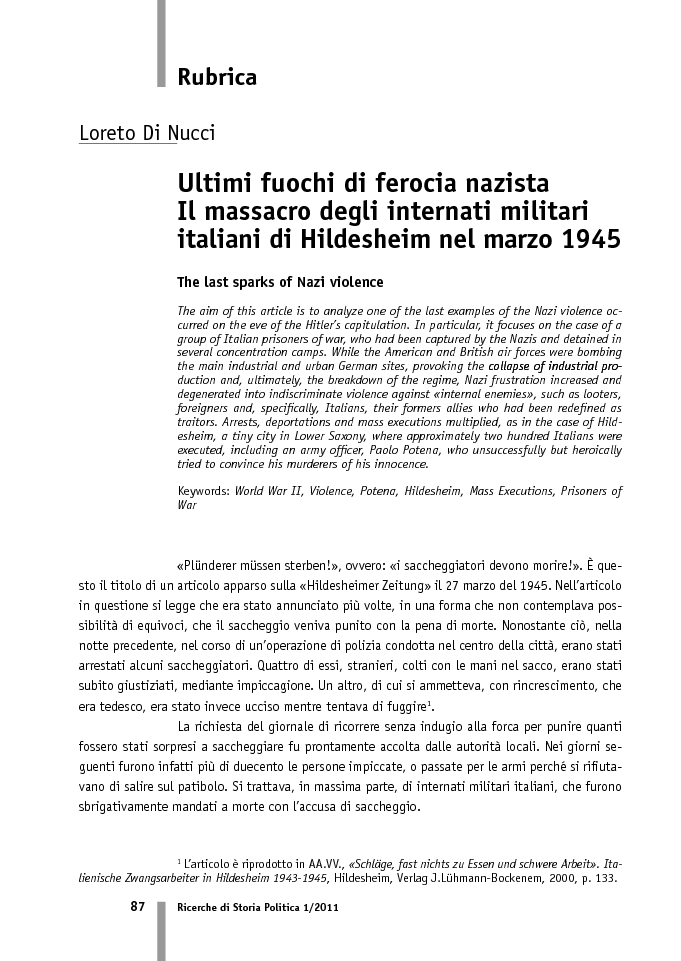