The goal of this essay is to offer a first analysis of the genesis, impact and fortunes in Italy of the concept of «Third World». It does so by discussing the impact of the concept in the public debate as well as on religious and political affiliations. The essay relies on various printed sources, primarily from the specialized press, and on the primary sources of specific organizations and actors. The tensions between the theoretical and academic dimension on the one side and the popular-voluntaristic push on the other developed within a precise historical setting, and nourished a multifaceted debate on issues such as decolonization, development, non-alignment, neutralism and inequality. The essay adopts a conventional periodization, but suggests there were some peculiarities in the process of «Italianization» of the idea of Third World, due also to the crucial role played in Italy by both Communists and Catholics. 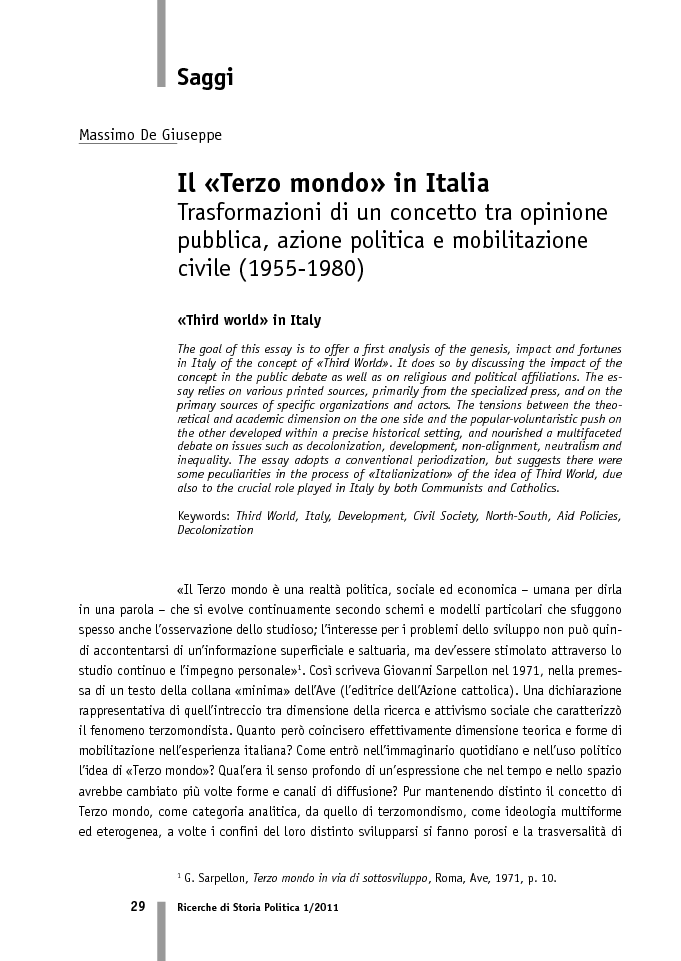