The paper discusses the intellectual and political relationship between Nicola Chiaro-monte (1905-1972) and Hannah Arendt (1906-1975). Chiaromonte and Arendt were both exiles in Paris and, later, New York, escaping respectively from Fascism and Nazism. They both contributed to «Politics», an influential magazine founded by Dwight Macdonald, and were both intellectually, politically and personally acquainted with Mary McCarthy. Chiaromonte greatly admired Arendt's work. During important public debates in the 1950s and '60s, he discussed with her topics such as freedom, authority, the meaning of action and politics, civil disobedience, and the responsibility of the intellectuals. On the last point, Chiaromonte markedly disagreed with Arendt's position during the controversy sparkled by The Banality of Evil. Chiaromonte and Arendt undertook related but distinct intellectual and political paths; examining their relationship helps to illuminate the extent and the limits of the role of intellectuals in the Twentieth Century. 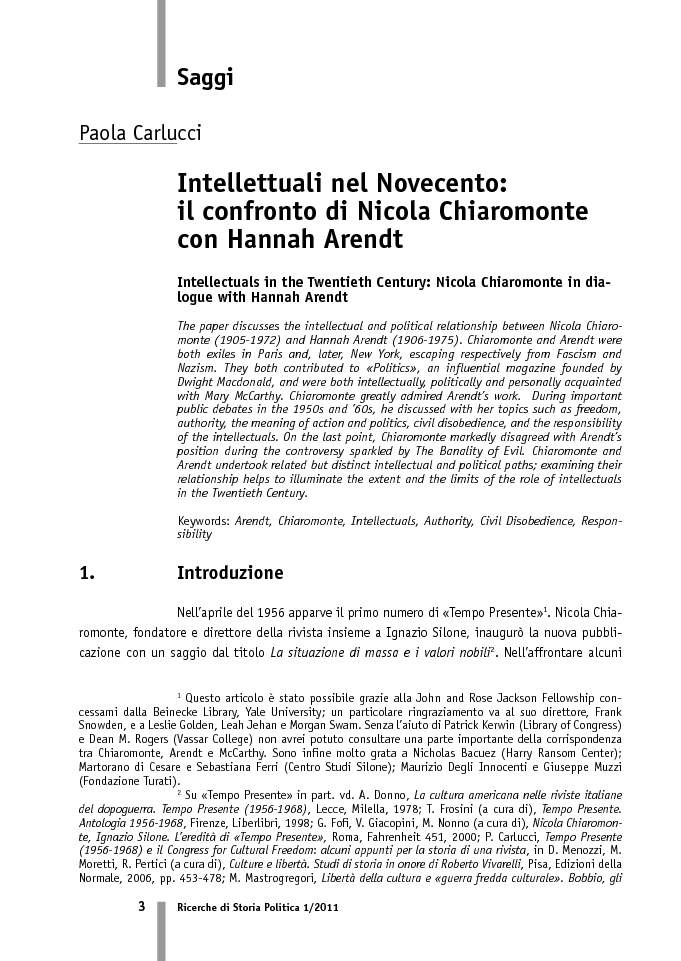