In the third section the notion of «consent» is employed as a way of describing the methods (not only the propaganda, but also the welfare, youth and urban programs) through which Fascism sought to build its legitimacy at the local level. Silvia Inaudi reconstructs the local politics of worker struggle in the crises of 1929, where the Fascists used their welfare programs for ideological effect, before resorting to mere propaganda in the subsequent years. Starting with the student revolt at the University of Padova, Federico Bernardinello argues that when the fascist undergraduates came up against a strongly traditional student body, they found it difficult, in a short space of time, to impose their ideology on the campus, and so what developed, at least in the short term, was a heterodox and nonconformist variant of Fascism. Monica Busti advances the argument that during the 1920s the centralizing of decisions around urban matters meant that there was a unified attempt to resurrect (or perhaps invent) a tradition, proposing (or imagining) that one could use architecture to help create a Fascist society. 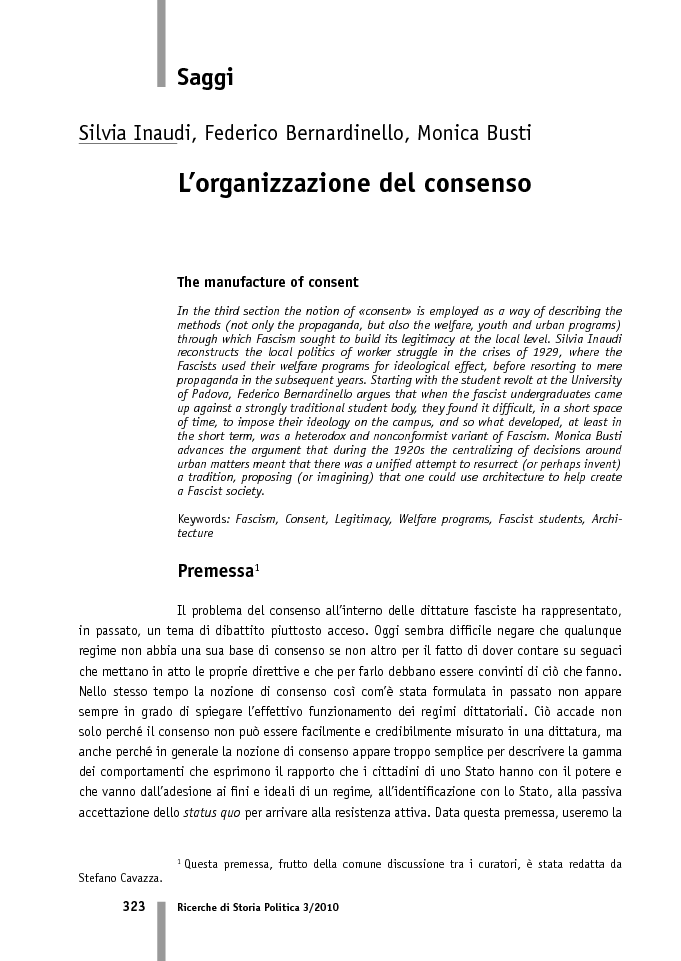