This section deals with the relationships between the State and the Fascist Party at the local level. The Federal secretaries worked alongside the State, but were not subject to it. So grass-roots Fascism was designed as an instrument of legitimation and as a vehicle for consent, and not merely the place where people could be chosen to join the local Fascist political élite. Michelangelo Casasanta provides us with an account of the Fascist Party in Turin. There the Federal secretary works not only to create welfare programs for the working class but also to collaborate with the traditional financial and propertied class. Alessandro Baù analyses the political administration of Padova province. Here the divergent tension between Party and State led to a partial solution: the allocation of portfolios served to pacify the political contestations at the provincial level. Ilaria Pavan describes what happened in Ferrara, reinforcing the significance of local factors in how the Party operated at the grass roots. At Ferrara it turns out that the supposed Mayor was bogus, for he was both a Party cadre and a functionary of the State. From the 1930s, when a clear division of responsibilities between the Mayor and the Federal secretary had emerged, this enabled the Party to run welfare programs in support of the local administration. Leonardo Varasano demonstrates strong support for the Fascists in Umbria, as well as a strong ruling élite. An alliance between the local notables and the new Fascist politicians gave rise to a deal that guaranteed Fascism rock-solid support. The story in Sicily, as investigated by Antonio Baglio, illustrated how the Nfp used patronage to win support and to identify new leaders through politicising the administration. 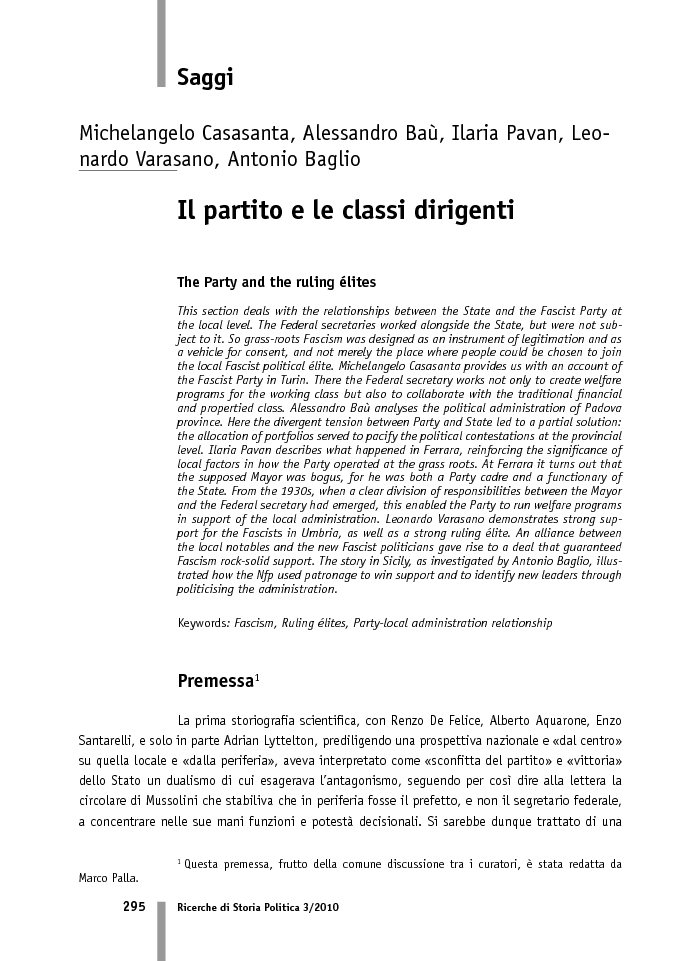