Note This article is available also in german. This file is added free of charge to the order of its translated version.

The escapes to the West greatly weakened the already frail legitimacy of the German Democratic Republic. At first they were very frequent and their origin has to be found in the situation produced by the erection of the Wall. For more than a year, until the second half of 1962, those who helped GDR refugees were broadly supported in the West, both by the parties and the majority of the population. Over the years, however, the support of West Germany became more and more tenuous: politicians began to dissociate themselves from the practice of helping escapes from the East, while the city government of West Berlin adopted realpolitik-like positions, withdrawing its support to the groups that organized and managed the escapes. The articles examines this process and how it interacted with the evolution of the political situation in both sides of Berlin. 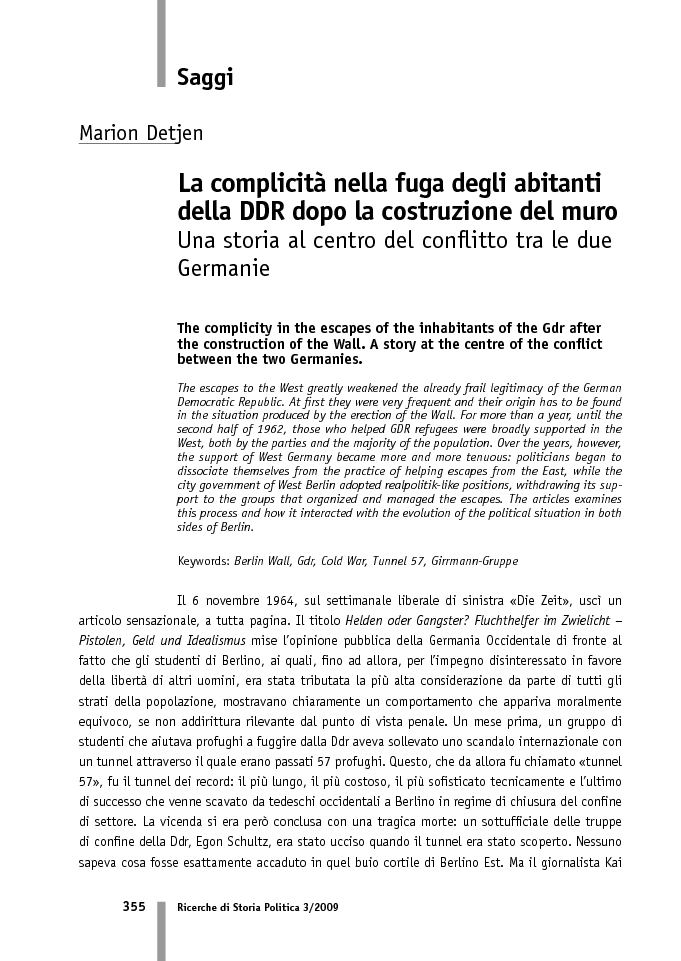