The essay analyzes the connections between the governments of Italy and Chile during the Sixties. In particular, it discusses the relationship between the Italian Christian Democratic Party (DC) and the Partido Democrata Cristiano de Chile, making use of yet unexplored primary sources, such as the correspondence between the party leader, Eduardo Frei Montalva, who was at the same time the President of the Chilean Republic, and some leading exponents of the DC (Fanfani, Moro, Bernassola, Freato among them). The author seeks to explain the motivations behind the decision of the so-called "dorotea" faction of the DC to commit itself politically and financially in a distant geopolitical context, which was, with the exception of Cuba, still under the exclusive influence of the United States. 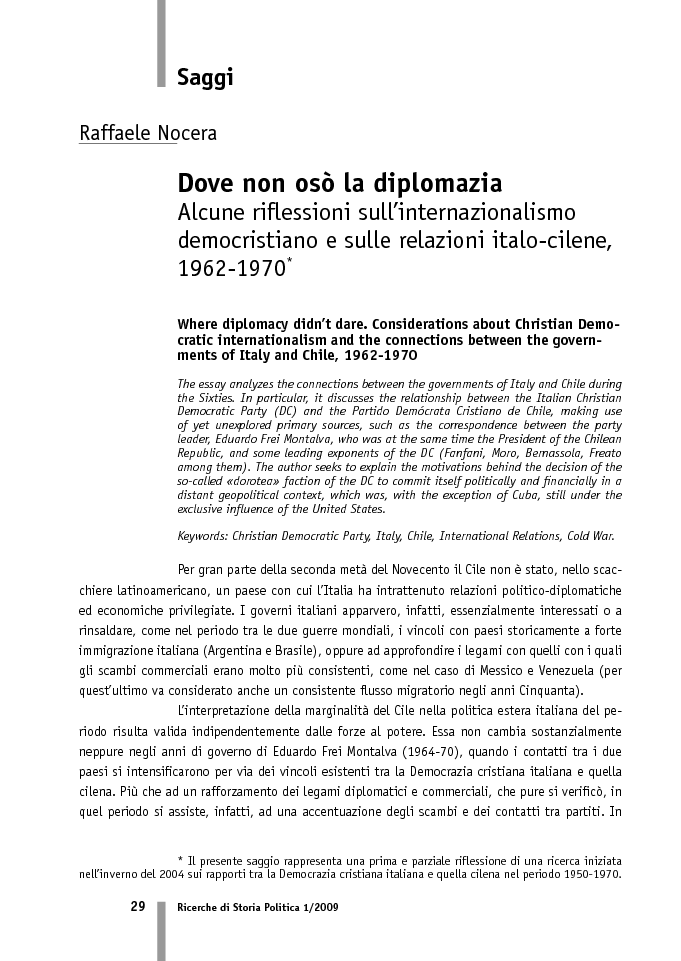